After the teams hard work the bridge is finally complete and the team packs up ready to attend the Sanzara bridge opening ceremony.

The day consisted of team shots, song and dance, some very very long speeches from local officials, school drama plays and choirs and endless song and dance to celebrate the opening of the bridge.

Becky and Vinay appeared to either form or be in the center of every dance circle!

Sarah Wilson gave a fantastic speech addressing the crowd and also took part in cutting the ribbon to open the bridge.

There were a lot of firsts on the bridge. The first stress loading of the bridge when the entire community crossed at once. Some of the team had to encourage some of the locals across who were afraid of the heights. There was also a considerable sway  as everyone crossed!

Prior to the bridge the community used to cross the river by either rock hopping or traversing a singular pipe extending across a low point of the river. There was one lady that had not crossed the river for 10 years before the bridge was open today.

Jenny was able to catch a picture of the first dog crossing the bridge.

Dave C was able to catch the first boda boda being ridden across the bridge not long after the government officials specifically stated in the inauguration speech that the bikes needed to be pushed across. Dave was also quick to jump on the back of the boda boda for the return trip.

Issa also jumped on the boda boda to trek across the bridge, however he only made it three quaters of the way before crashing into the fence. His driver blamed his flip flops for the crash.

The team packed up at 1 pm to head off Jinja for a night, and then Kampala where we will all head home after a job well done. 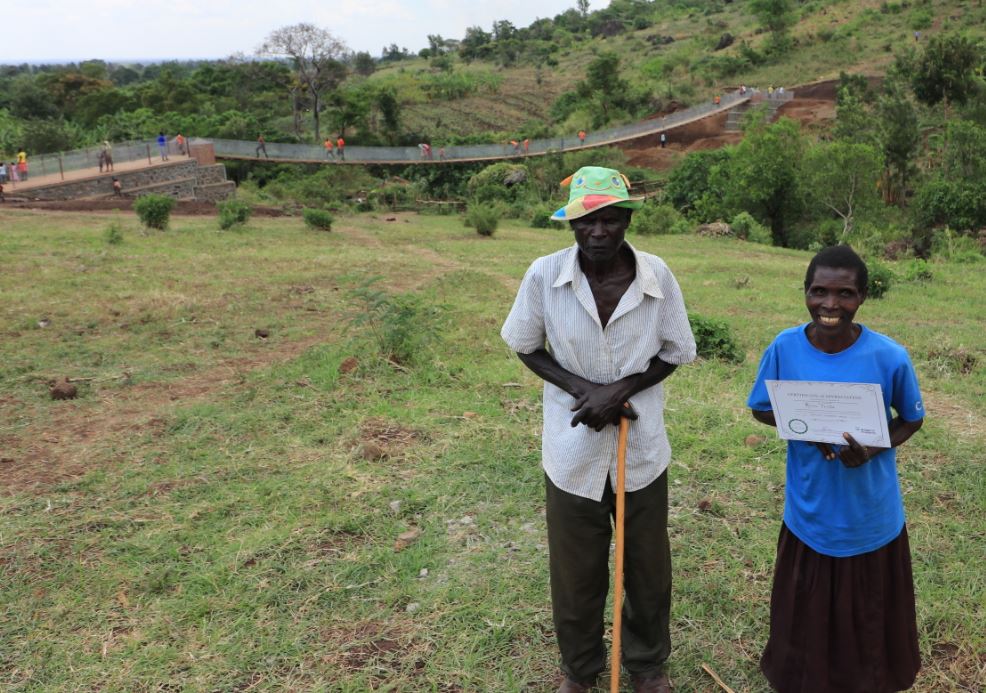 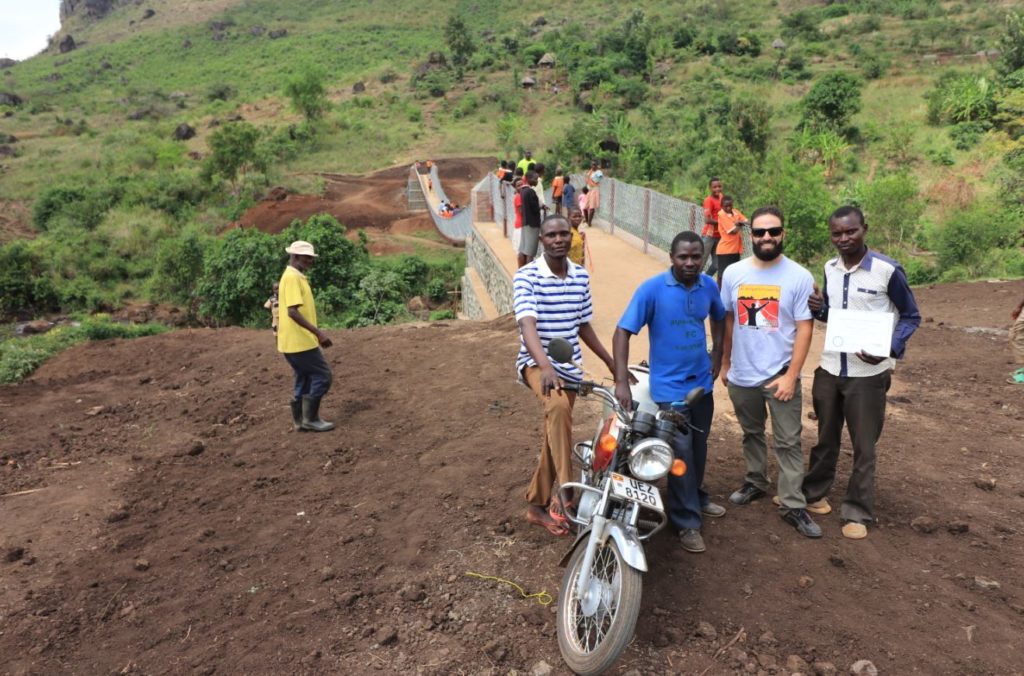 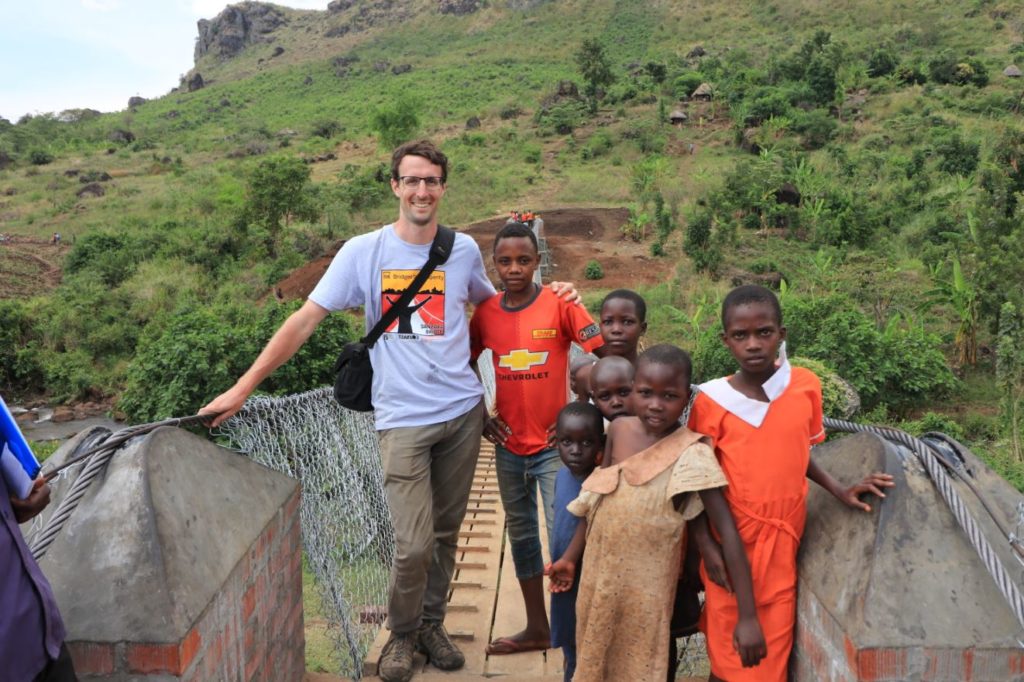 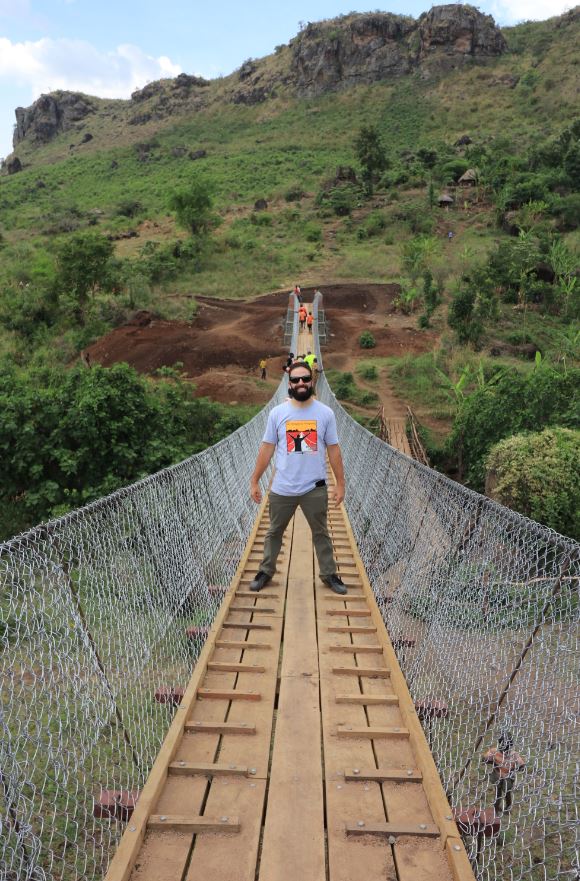 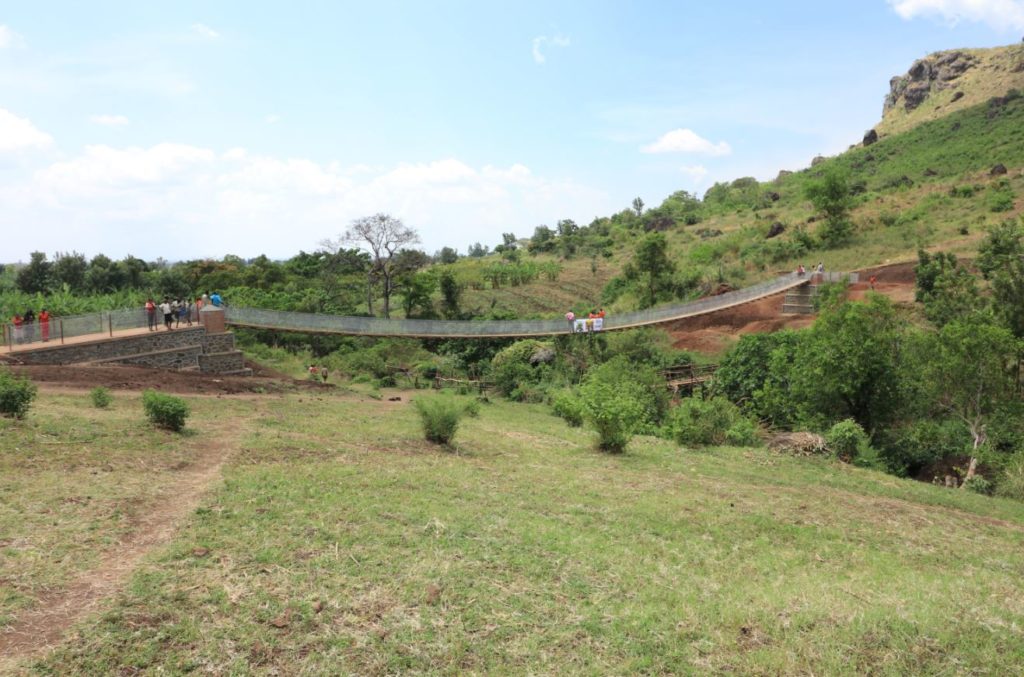 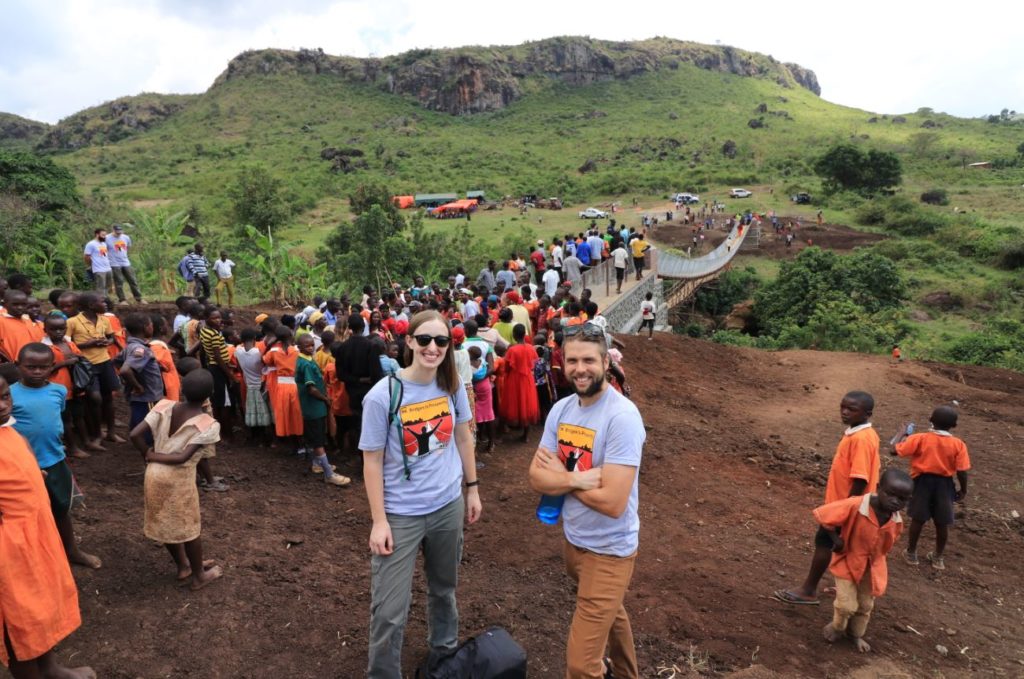 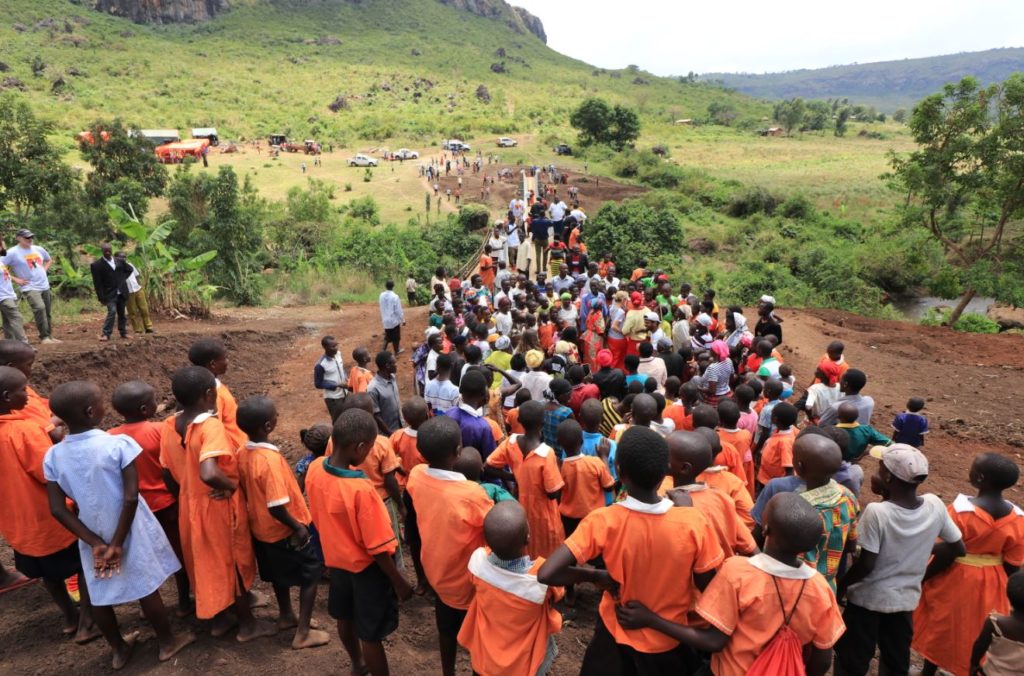 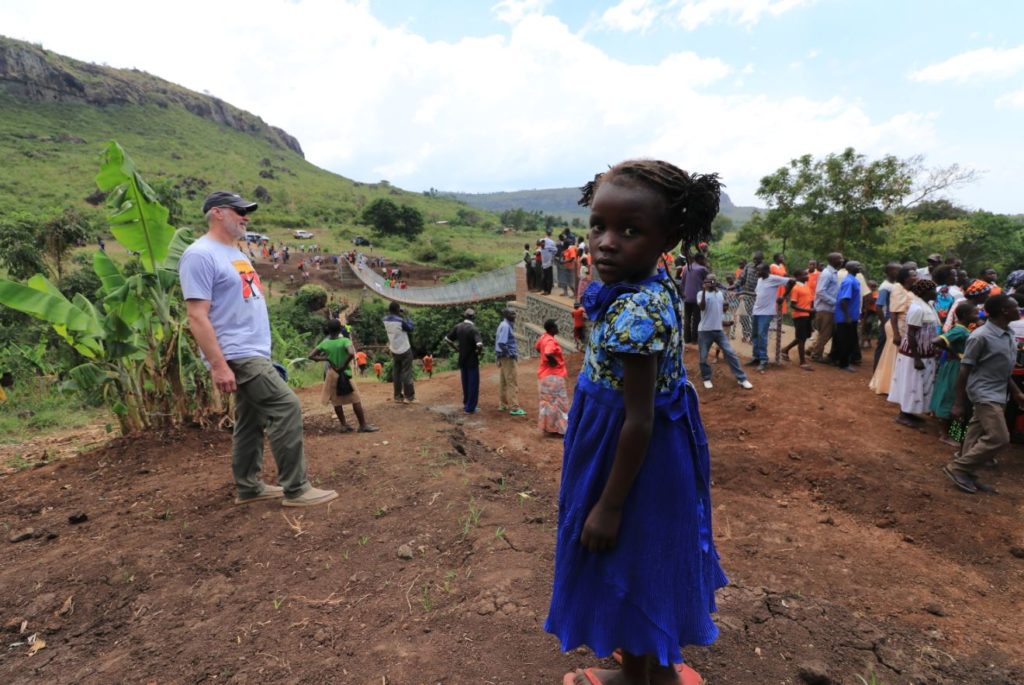 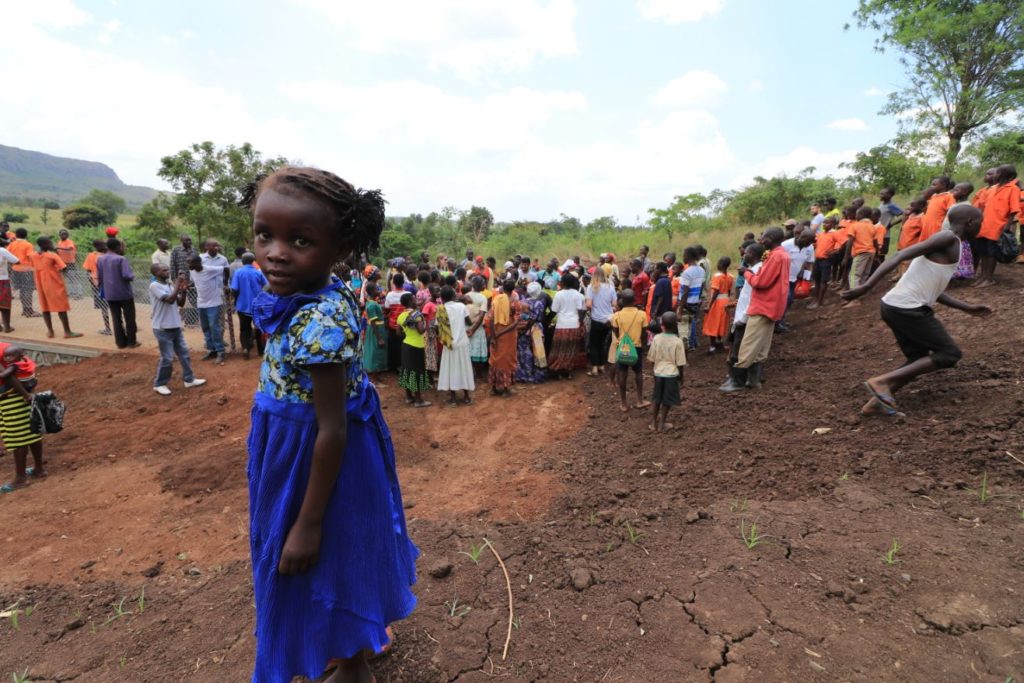 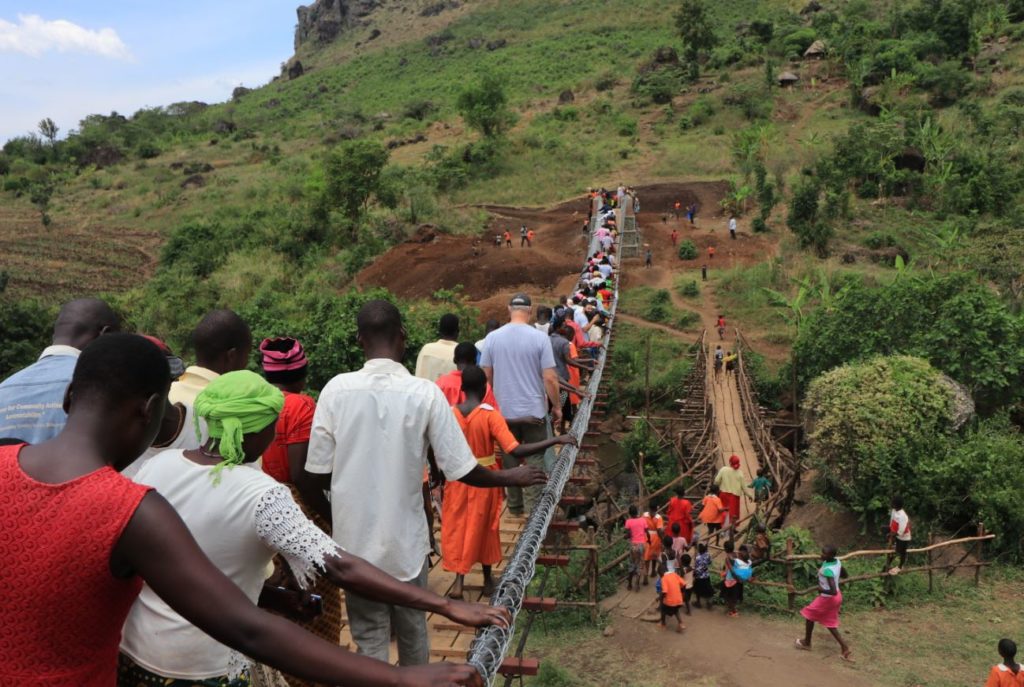 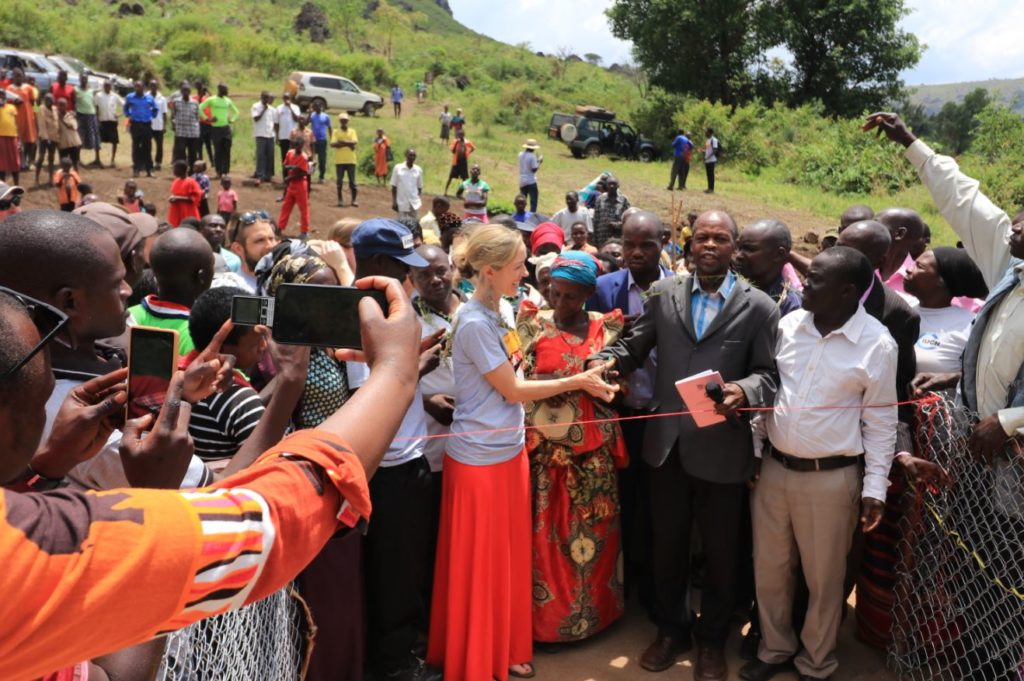 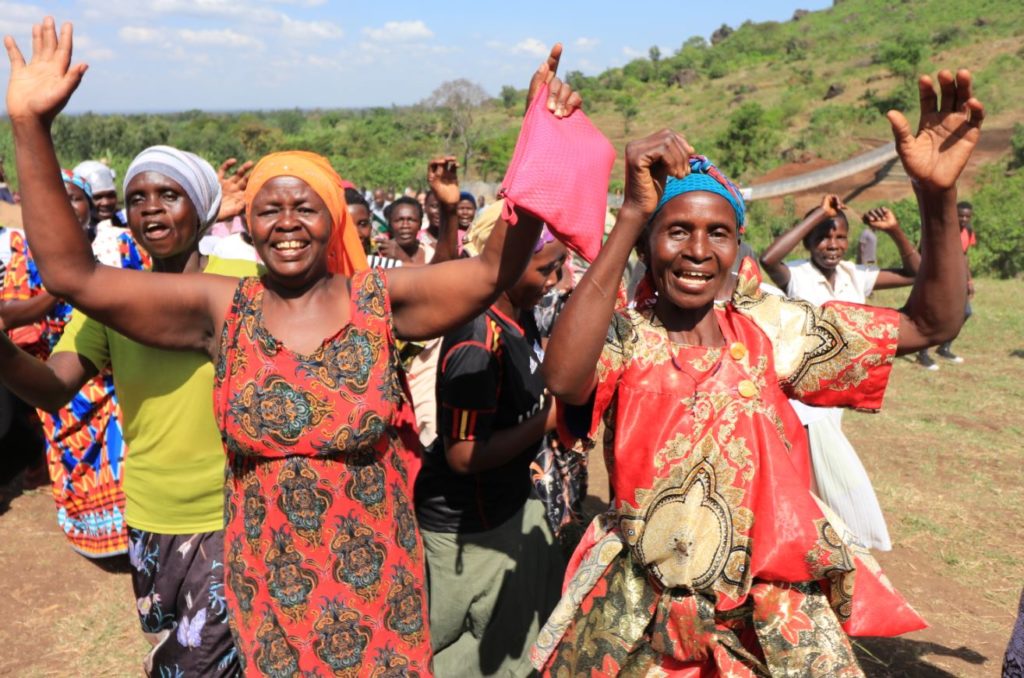 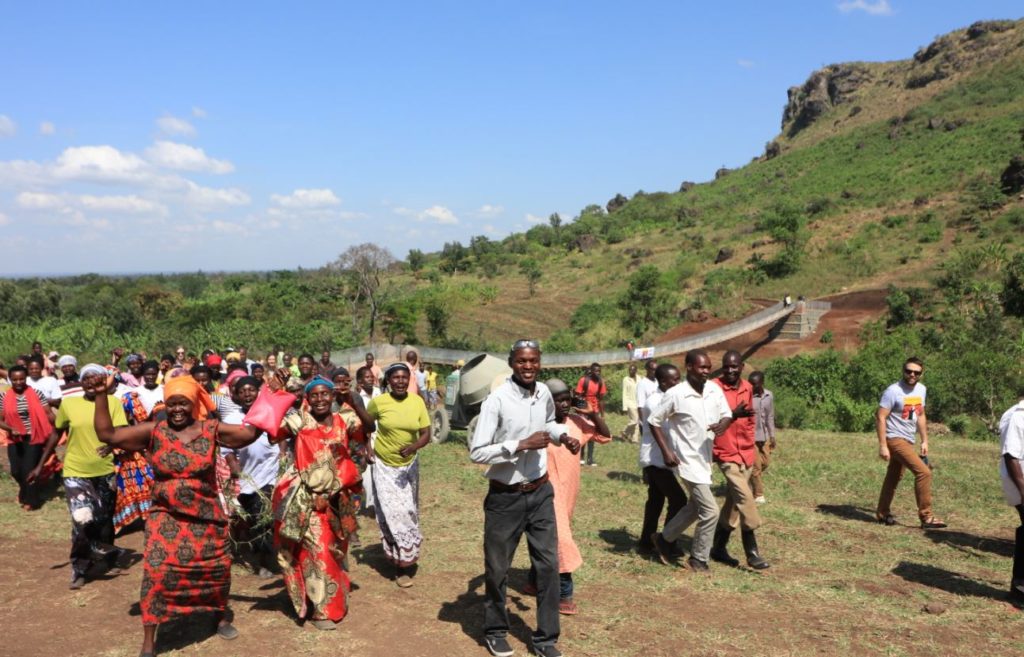 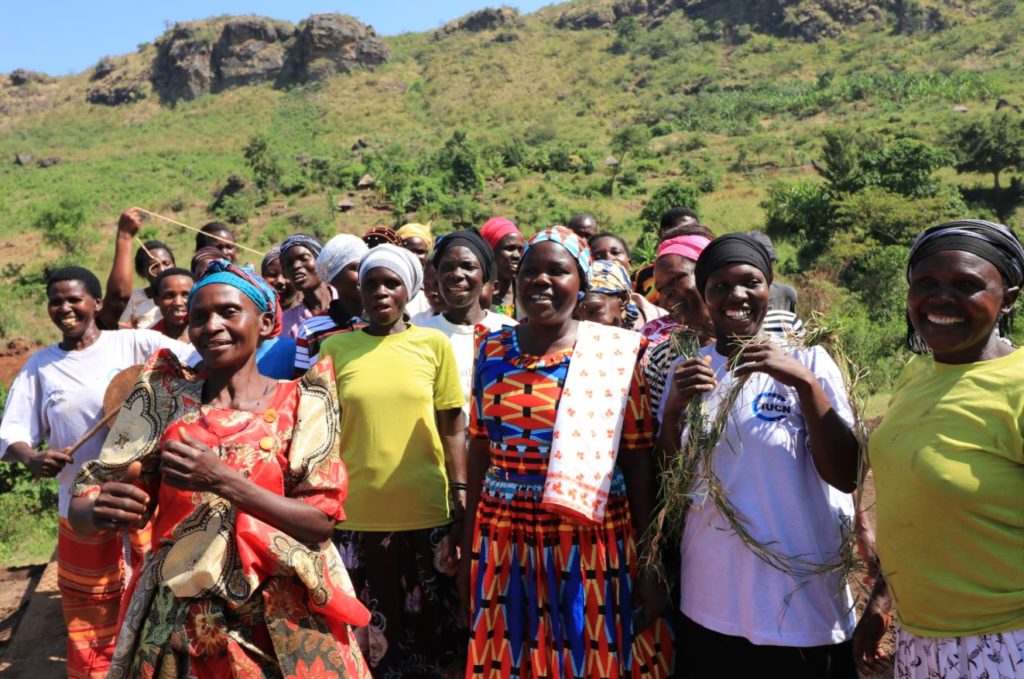 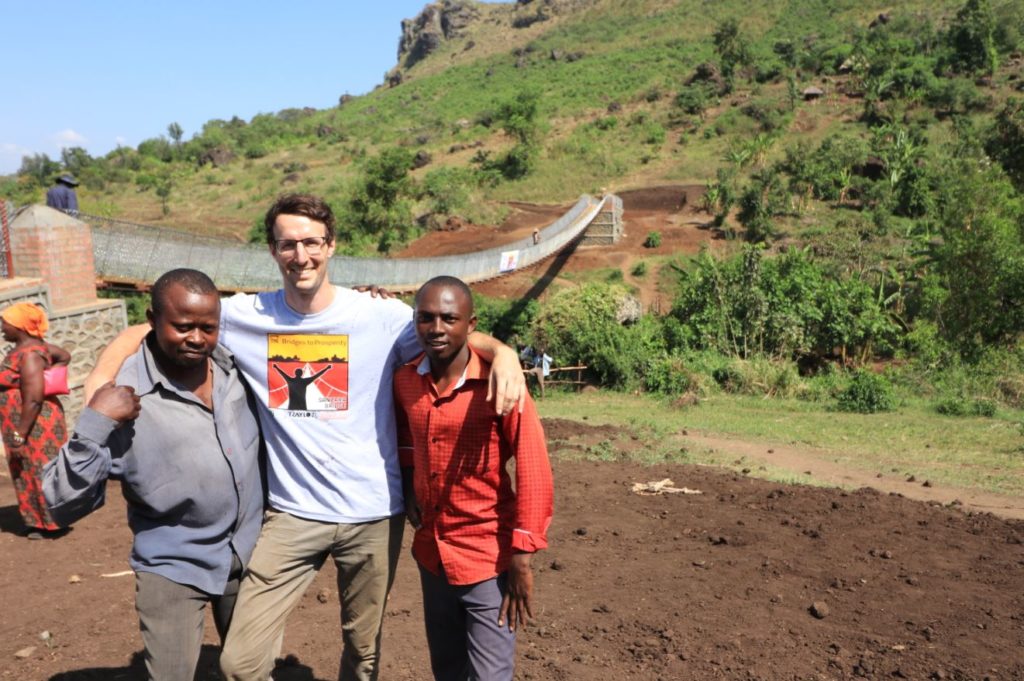 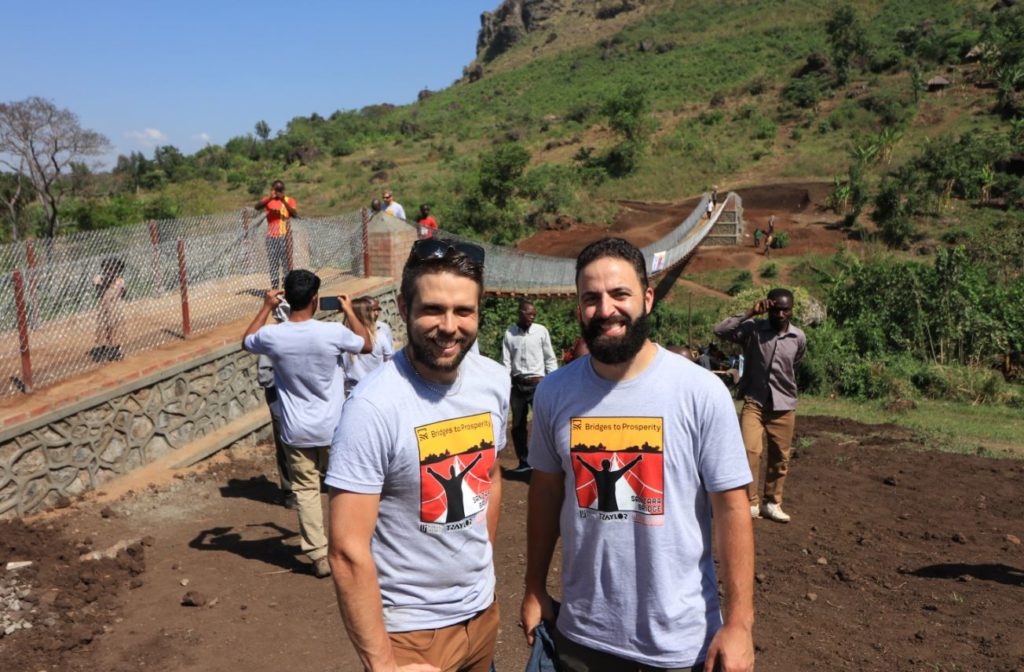 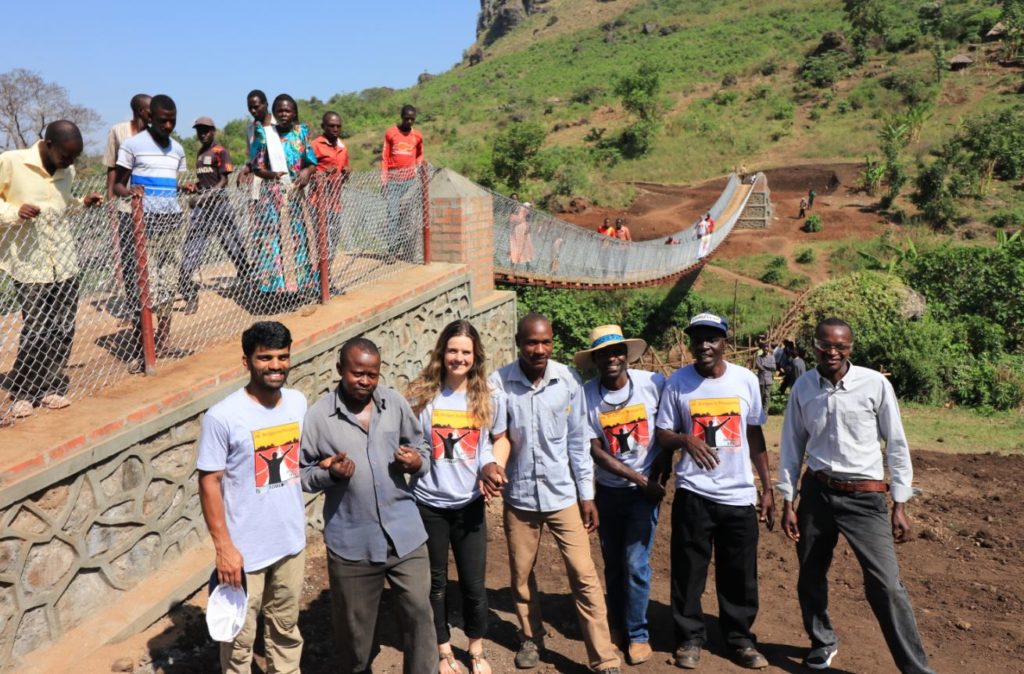 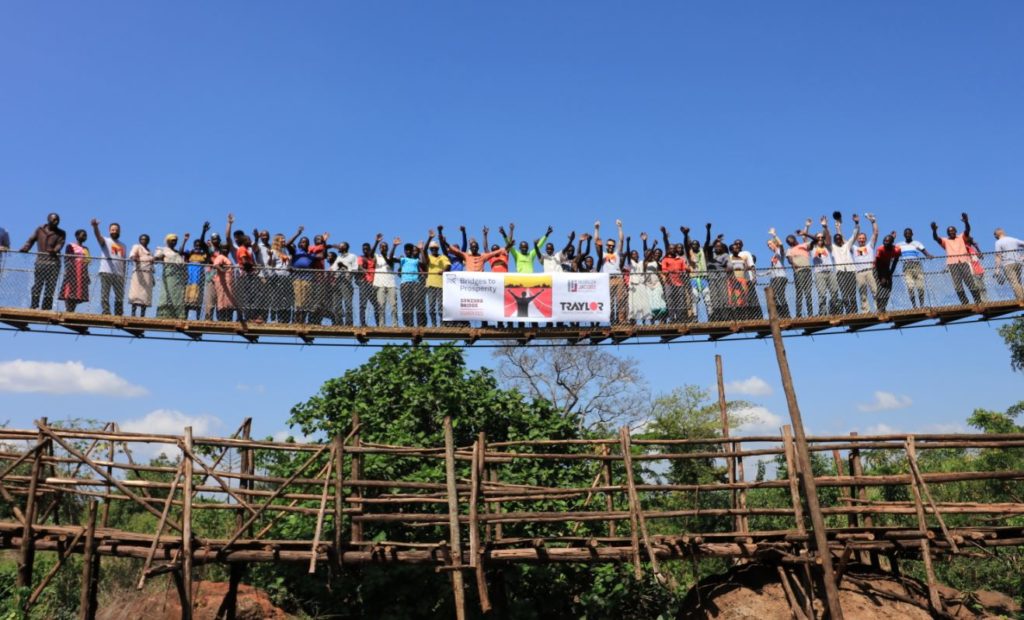 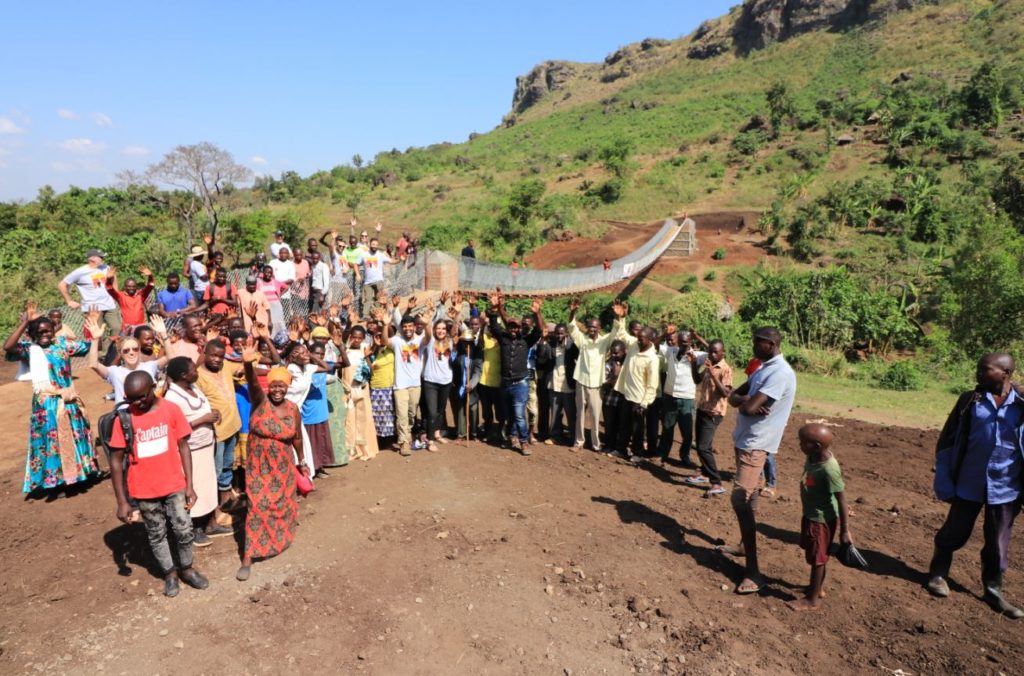 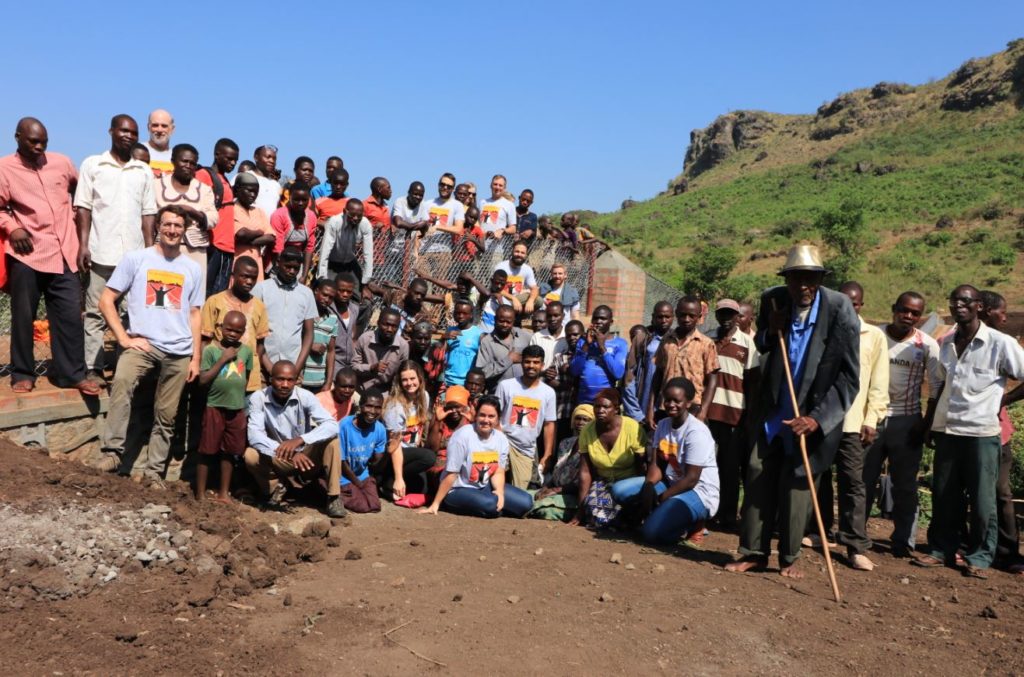 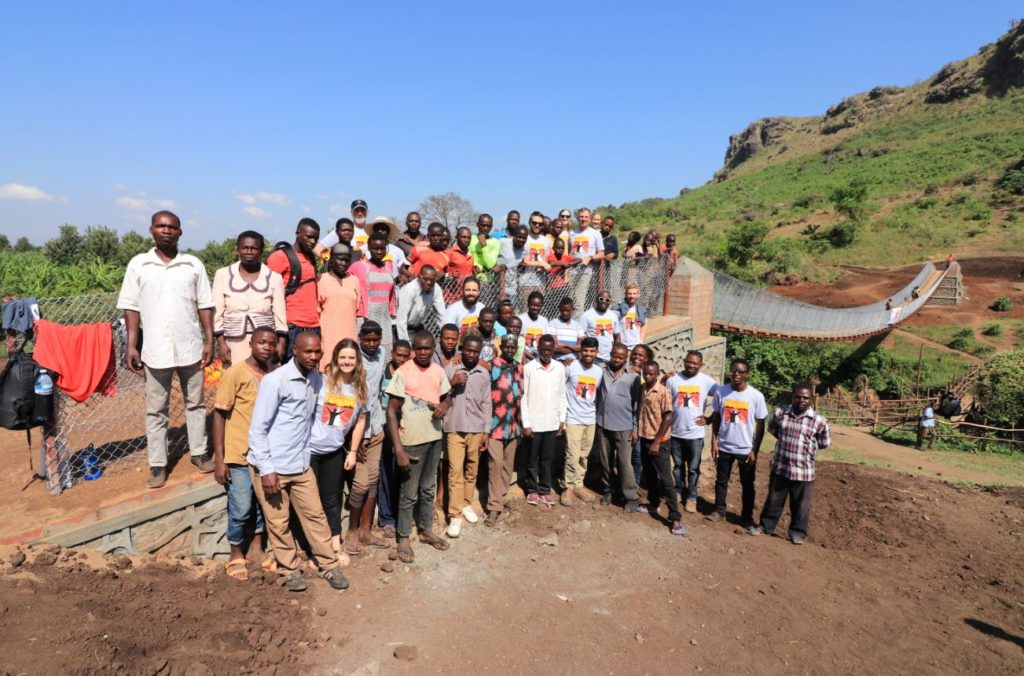 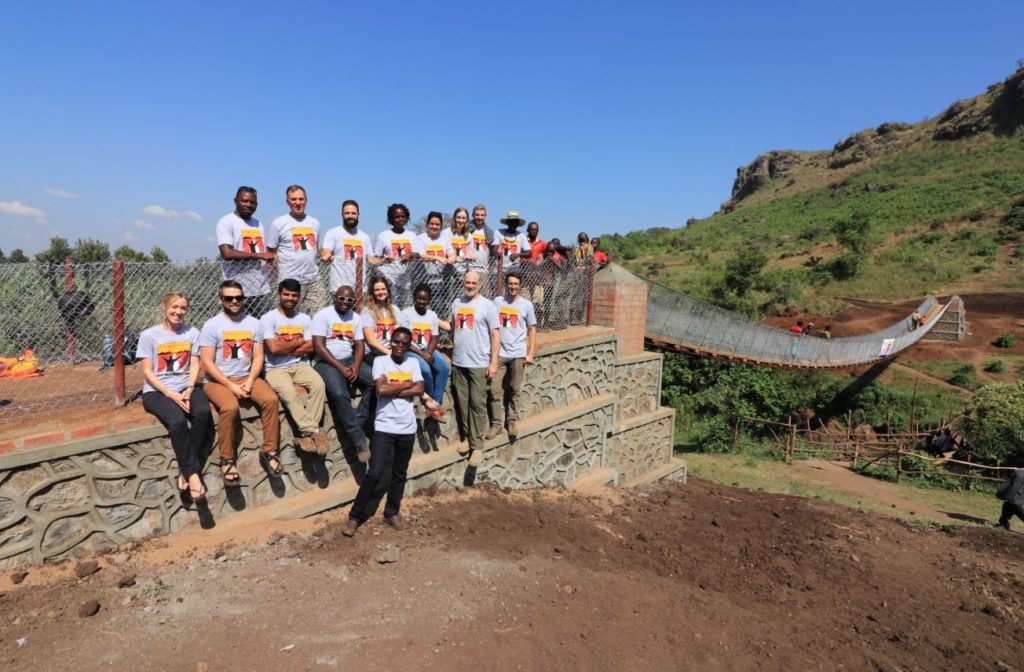 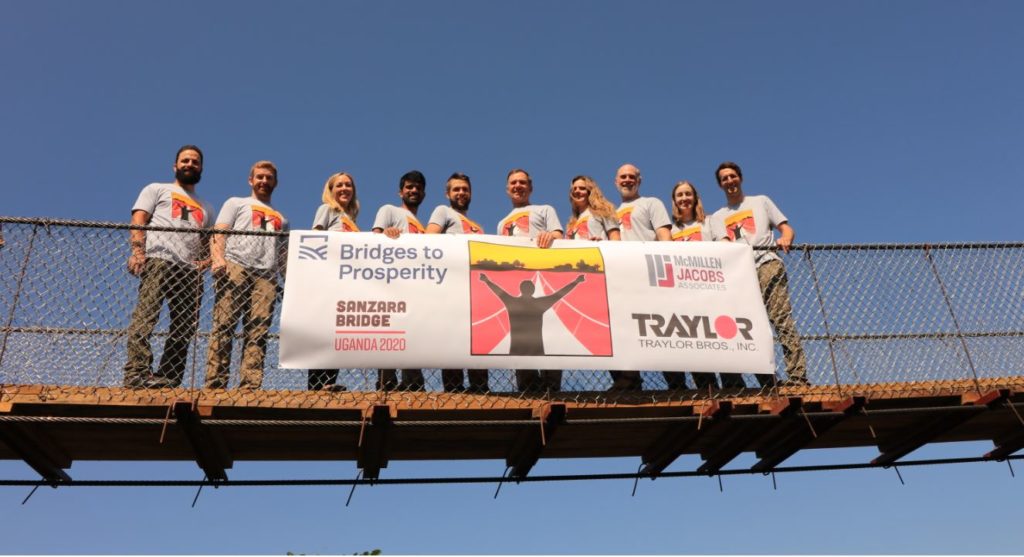 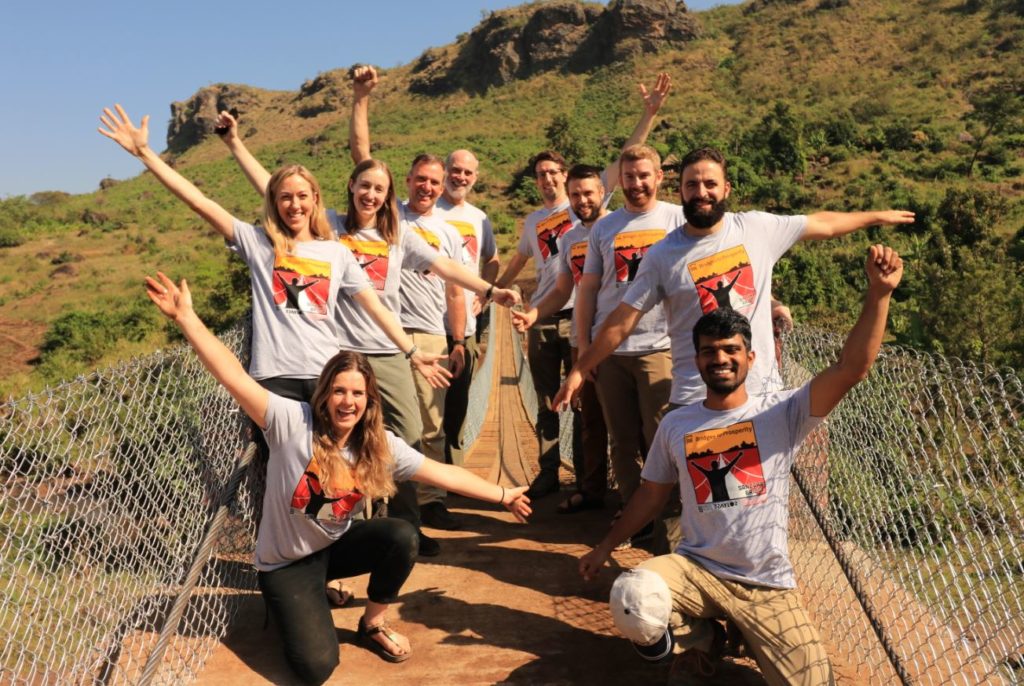 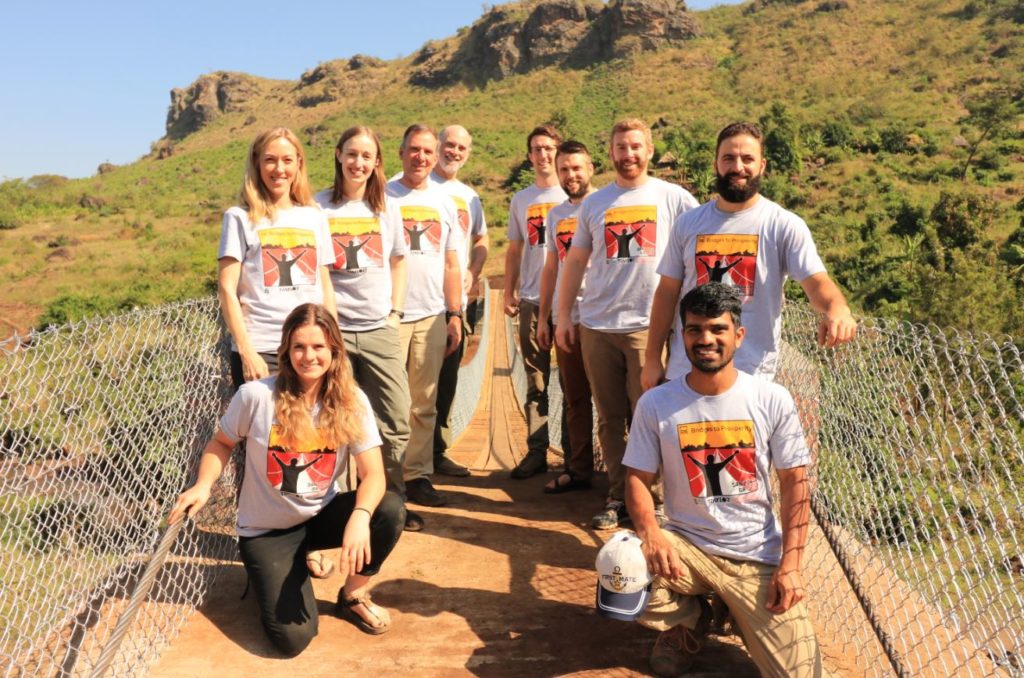 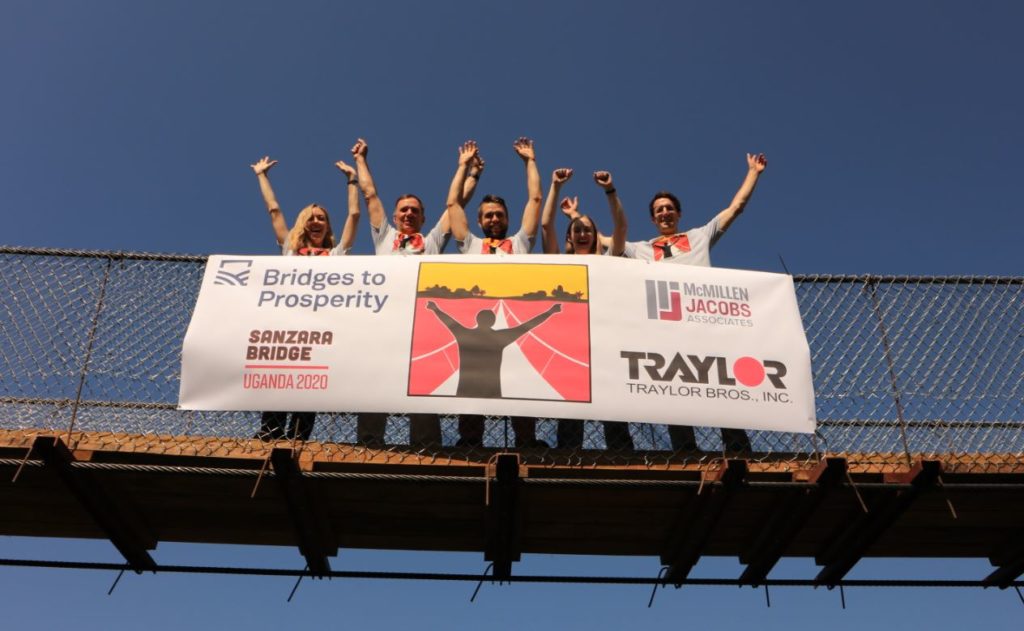 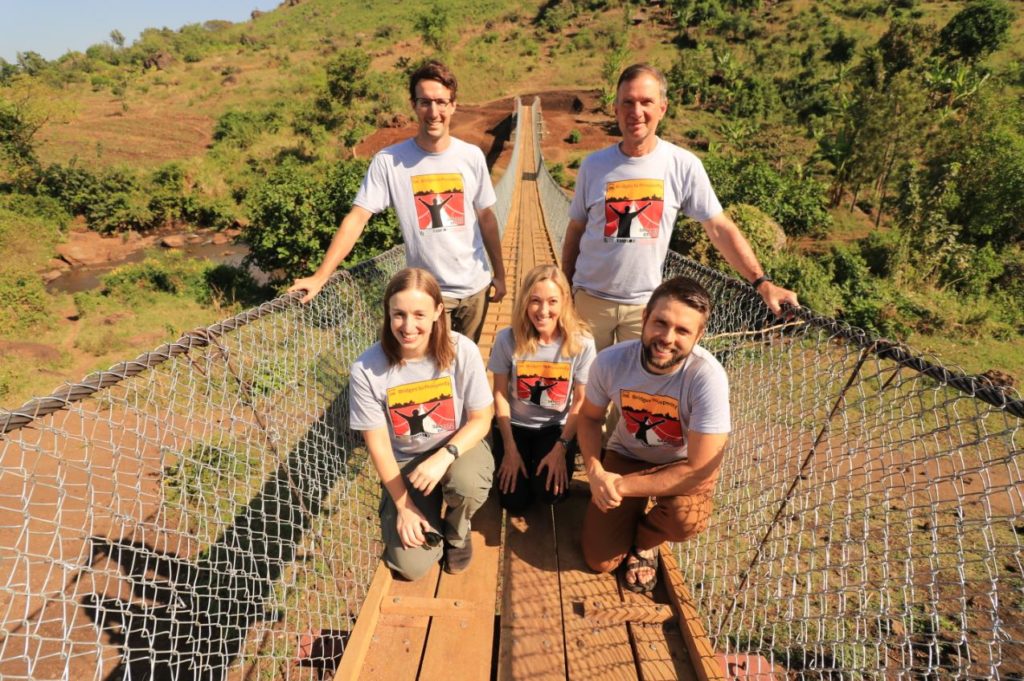 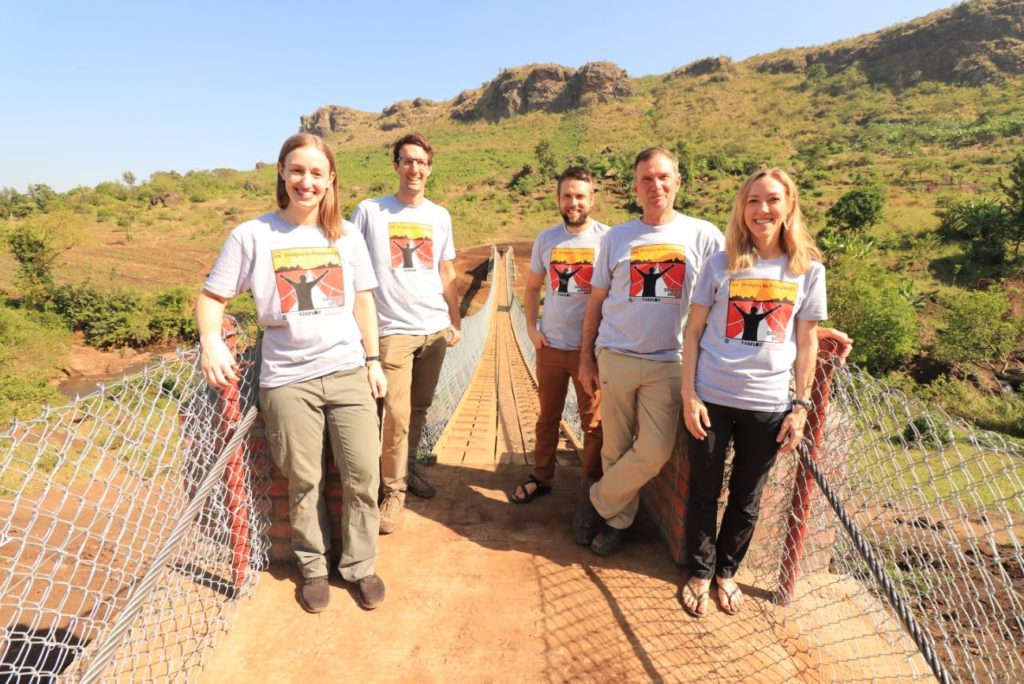 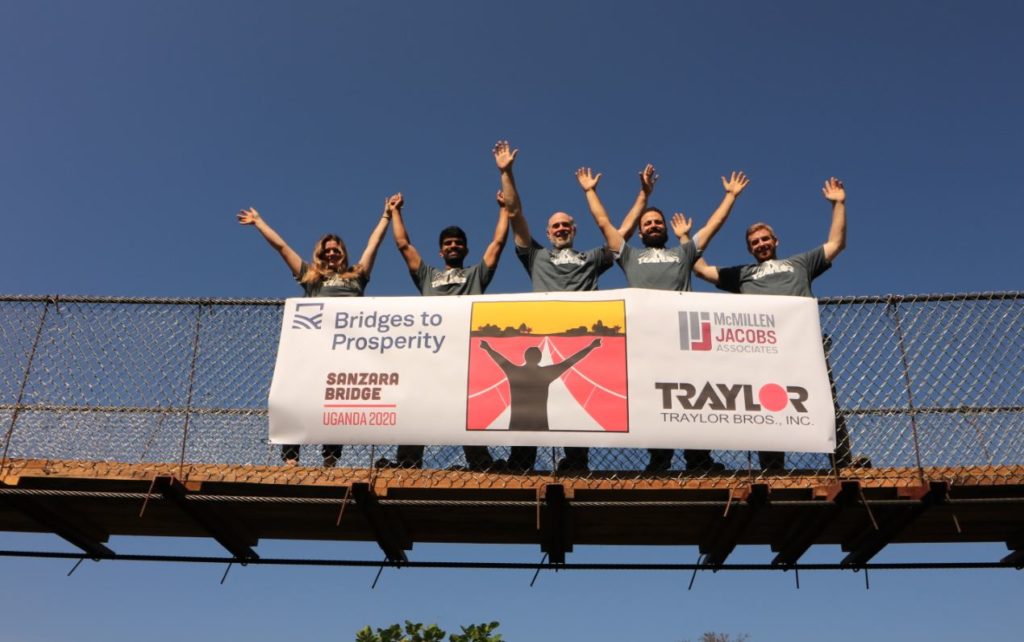 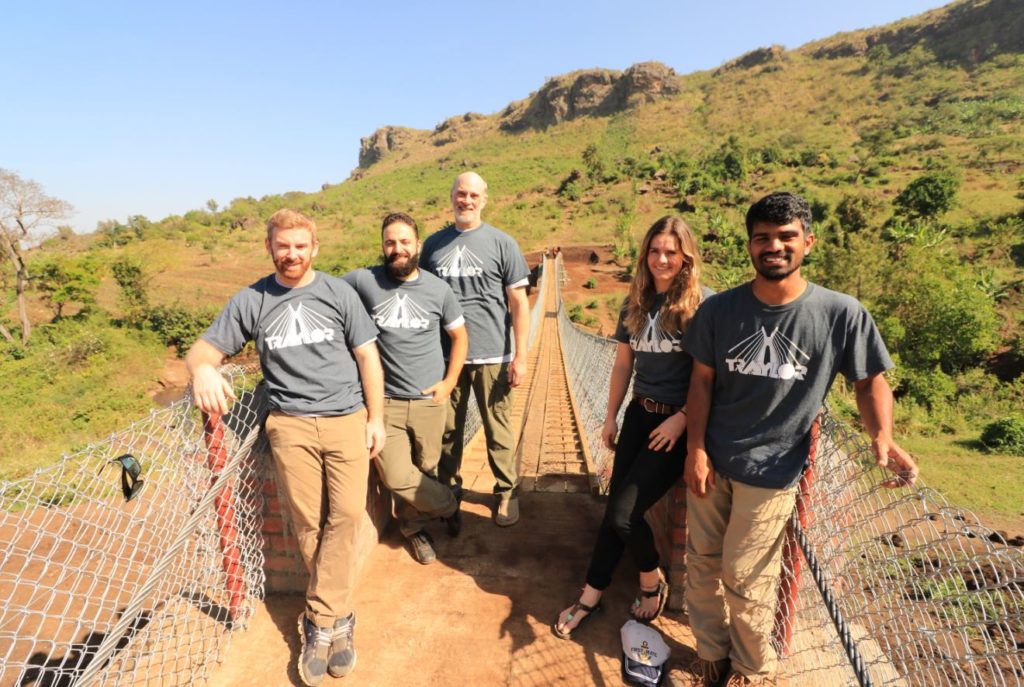