This weekend came as a much needed rest.

Fred, Dave C and Dave S made a trek into Mbale for a coffee and a supply run. On their way in they stopped in at a Bridges to Prosperity site that was completed last year. As the car pulled up there were many people using the bridge which was an encouraging site for our own efforts. Fred spotted a Canadian flag on the way back from the bridge and they drive in to inspect. It turned out to be a Canadian funded orphanage housing 500 children, a school and a medical hospital.

Becky, Vinay and Issa wen’t rock climbing near Sipi falls, all reports were they had a fantastic time. Harnesses were limited so there was ample time for conversation and relaxation.

Sarah, Mike, Jenny and JD decided to call a full day of rest and relaxation and stayed in at Alvima with books, calls to the family, naps and the odd email.

In the afternoon the team took to the soccer field to challenge the local kids. Jenny also brought the frisbee which was a huge hit with the local kids.

Dave C and Dave S endeavored to teach the song ‘Waltzing Matilda’ to a group of kids. This had mixed results but was a lot of fun regardless.

The kids at the soccer field were fantastic fun and had endless energy. We tracked home well before they did.

The team took off today to explore the Kapchorwa region and Sipi falls.

We started the day with a trek through Kapchorwa region and up to the base of Sipi falls. We really got an idea of the power of this waterfall when we were up close and personal with the base of the falls. After making our way from Sipi falls and tracked our way up Mt Edgar for fantastic district views.

Becky, Vinay and Mike were all brave enough to take on the 110 meter abseil directly next to Sipi falls. They all raved about the experience!

The team stopped for lunch at the Sipi Falls Lodge. This place had an extraordinary wait time for food so the team had ample time for photographs and the odd snooze under a tree.

After lunch the team trecked up through the village to a coffee brewing workshop. The team learnt to peel, crush, bake and brew our own organic coffee. Vinay’s energy boost from his brew was so good that he spent the next little while playing with a group of onlooking kids, dragging them about on a make shift ‘car’ that was some water jugs cut in half and tied together with rope. 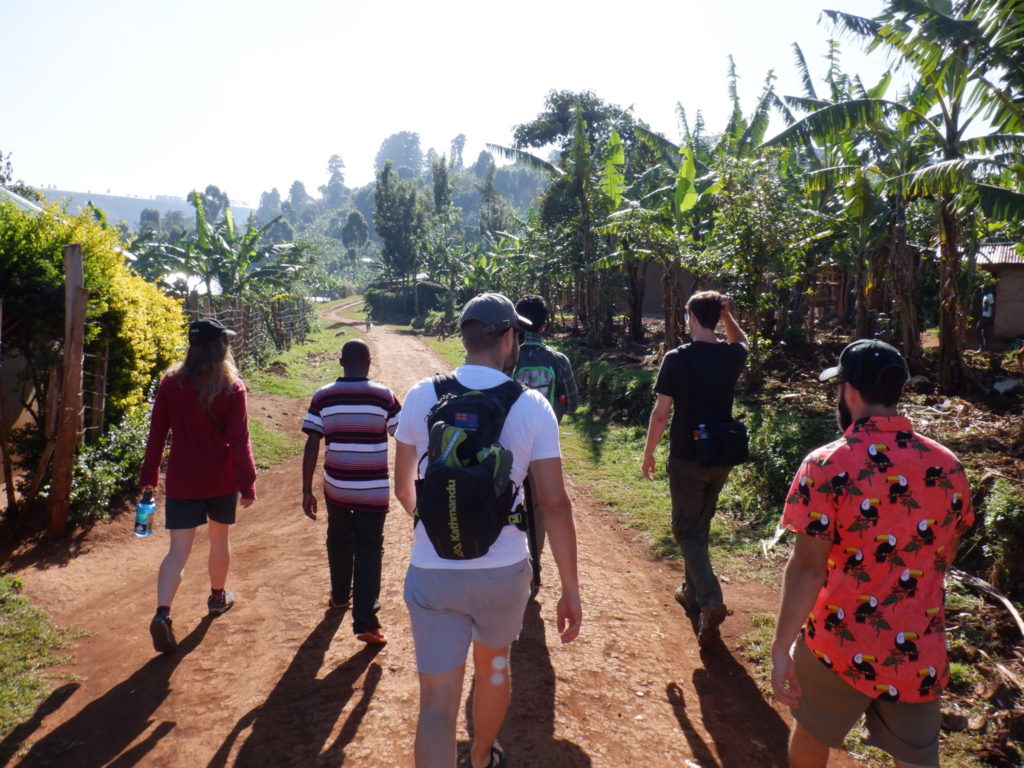 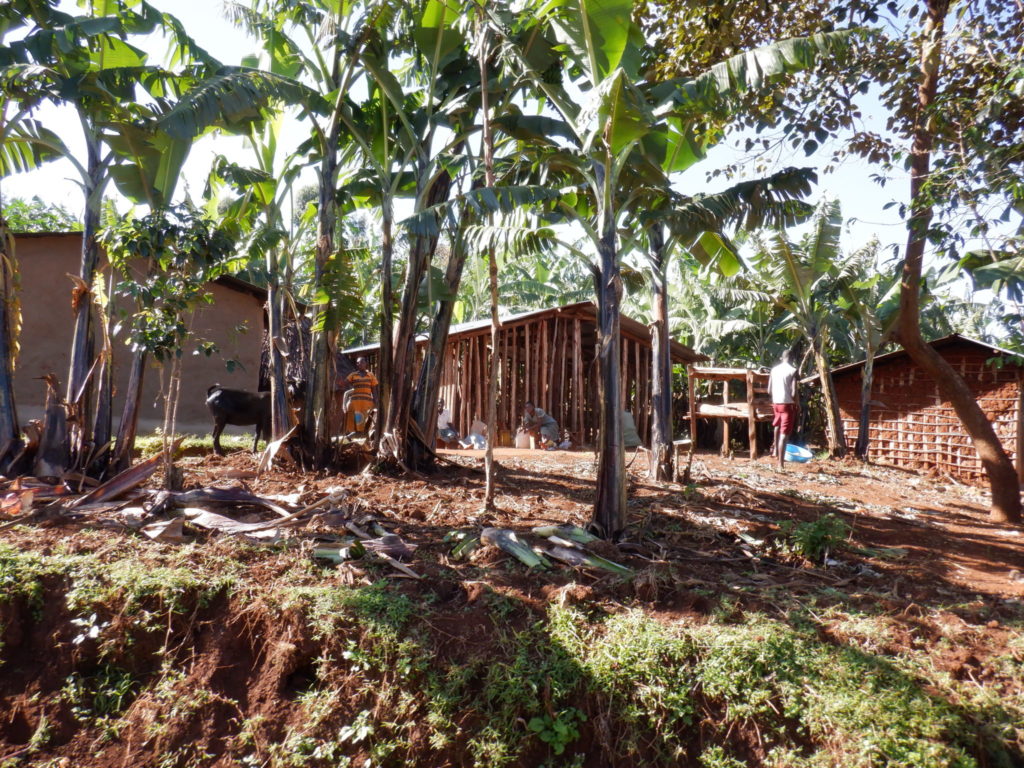 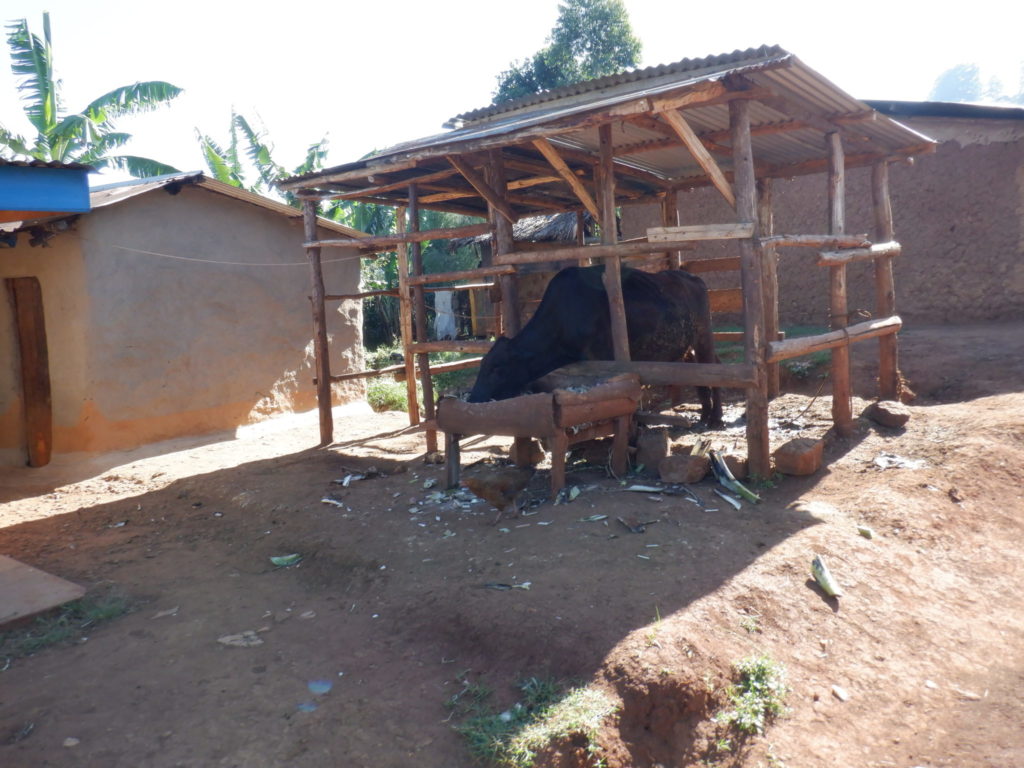 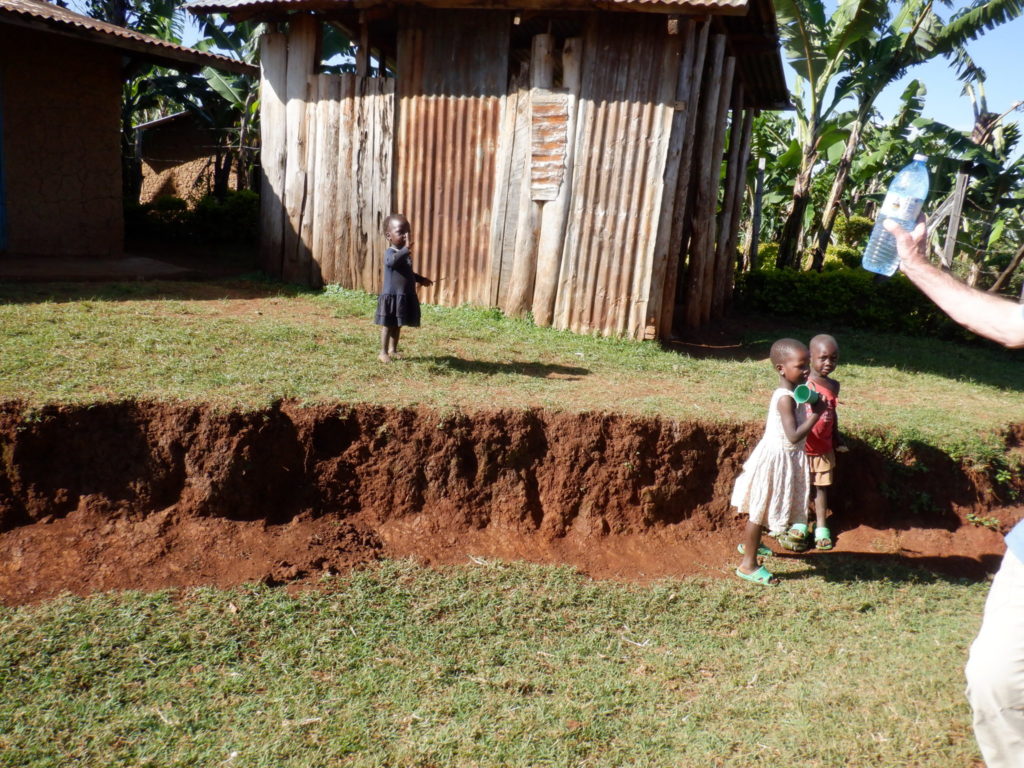 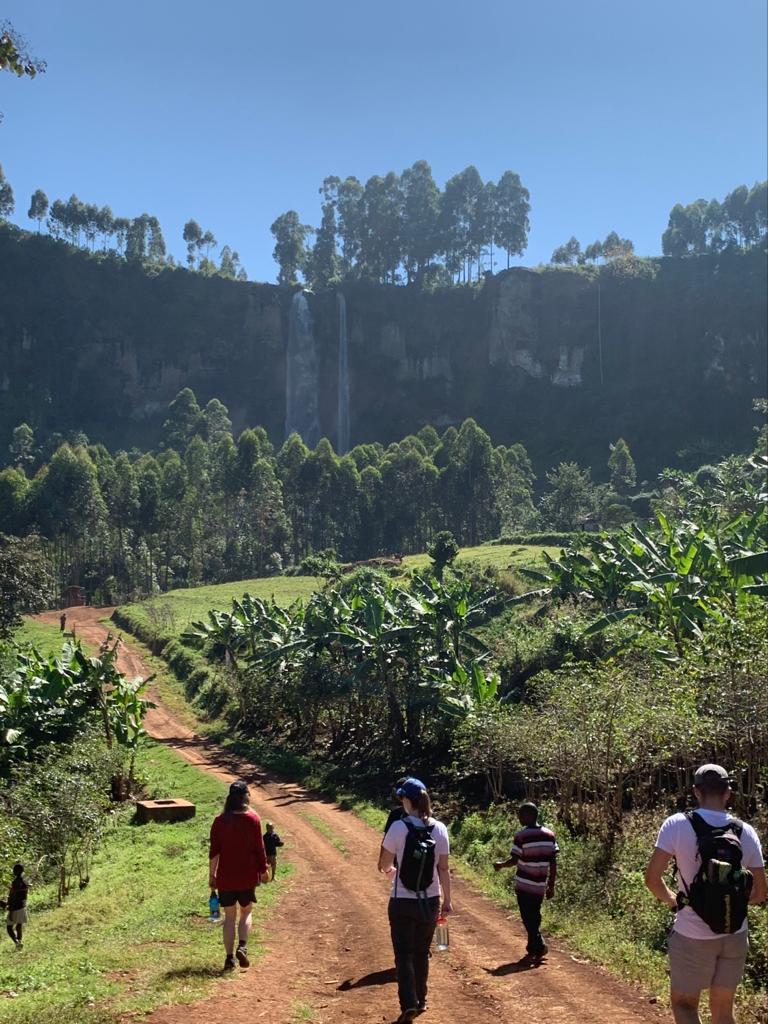 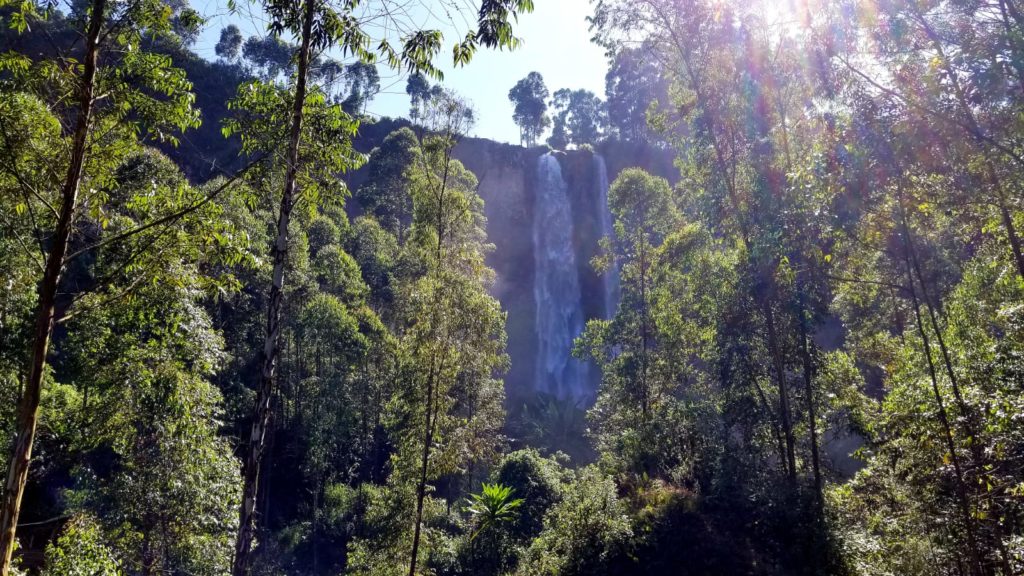 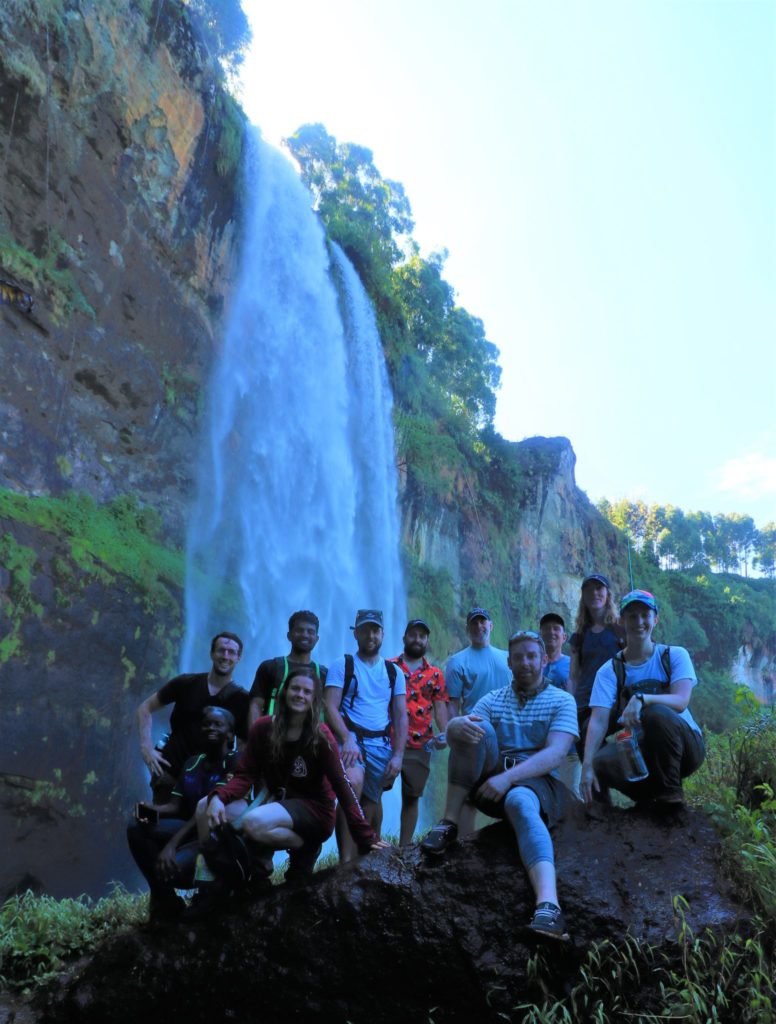 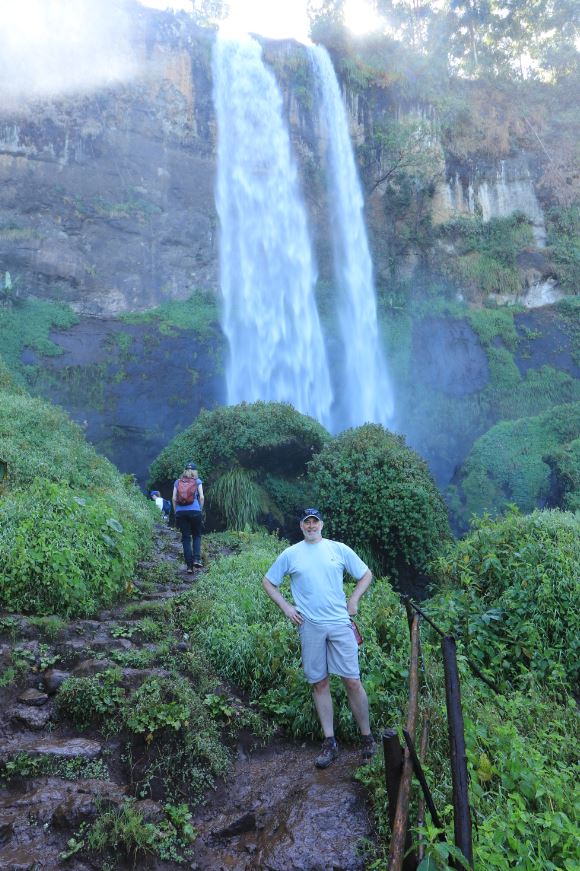 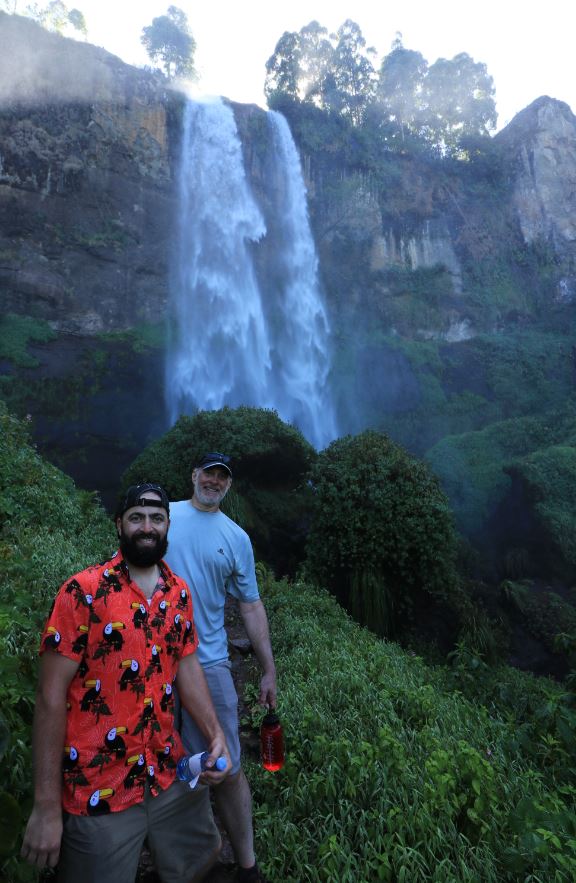 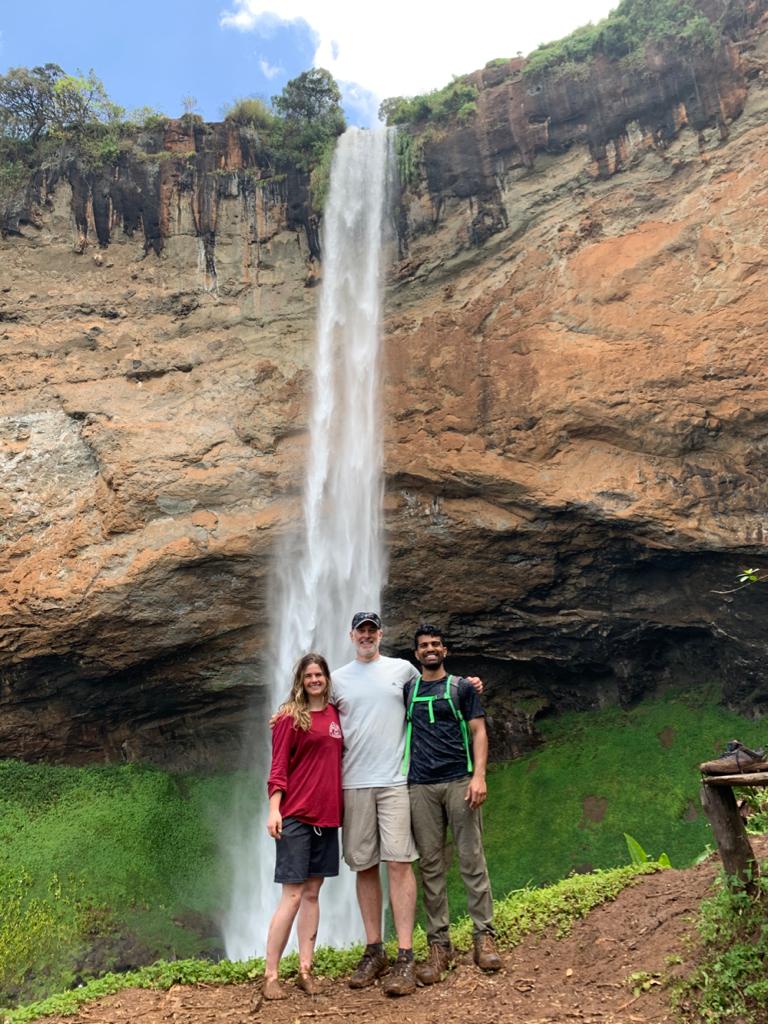 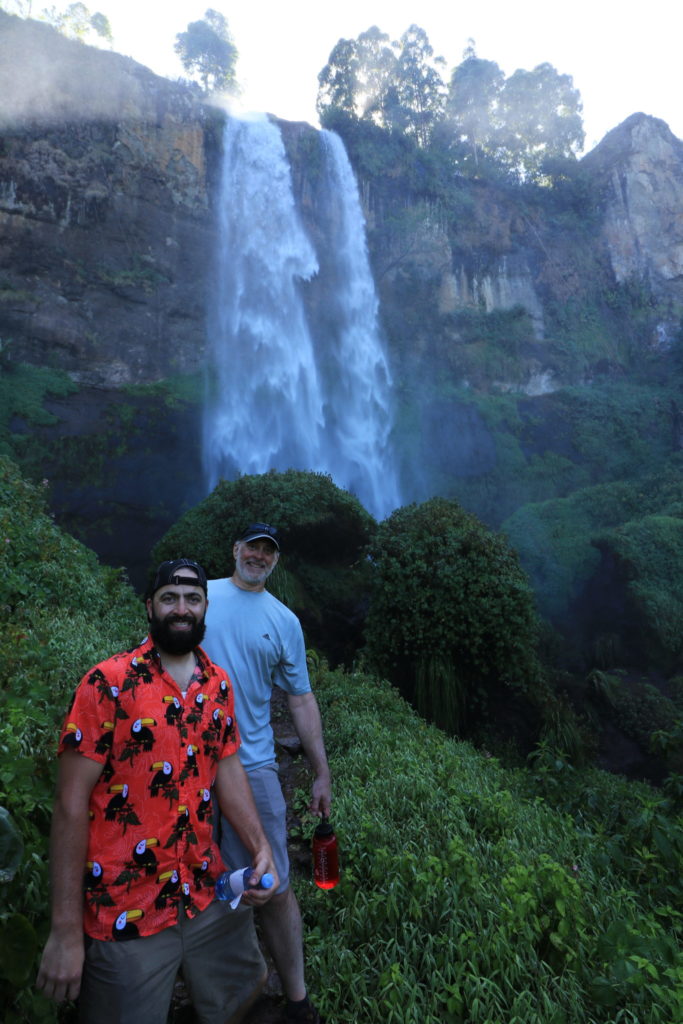 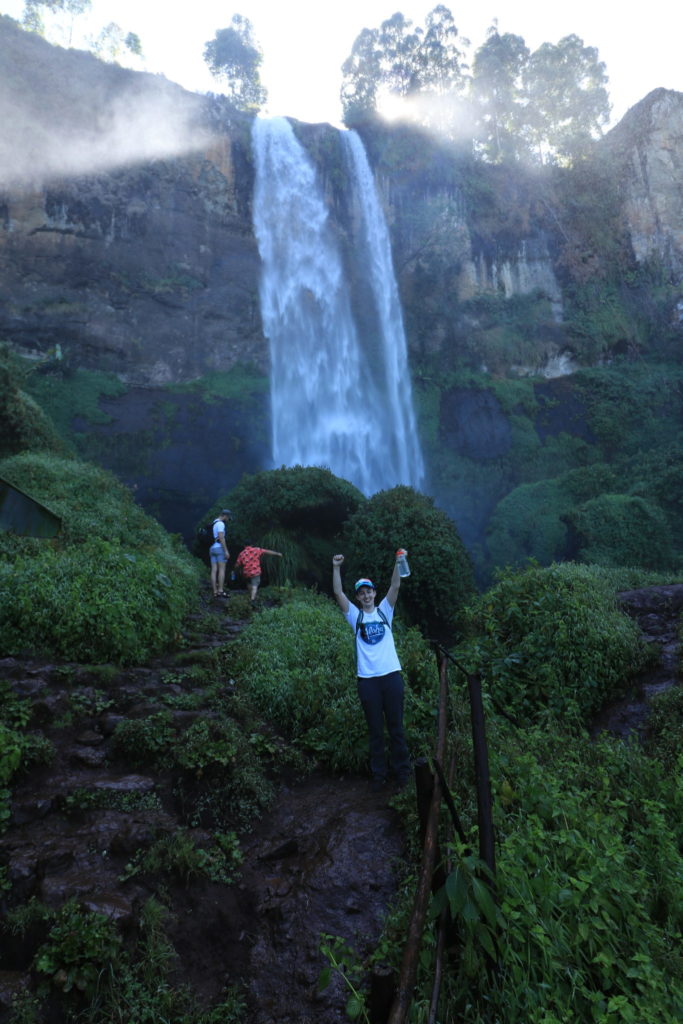 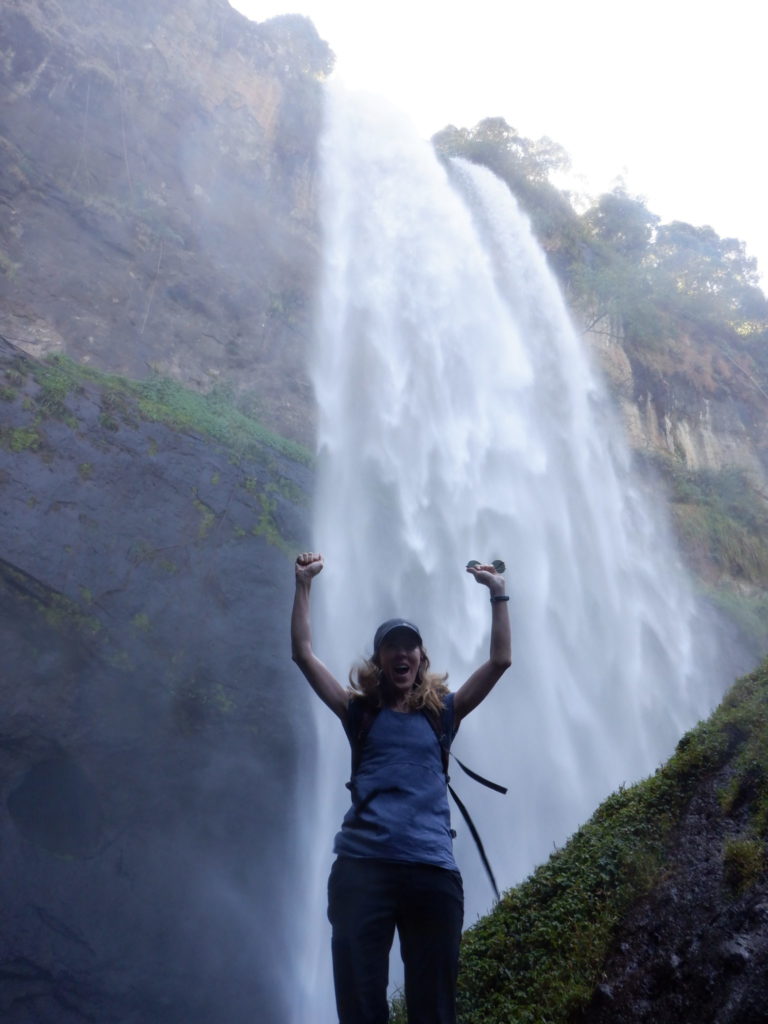 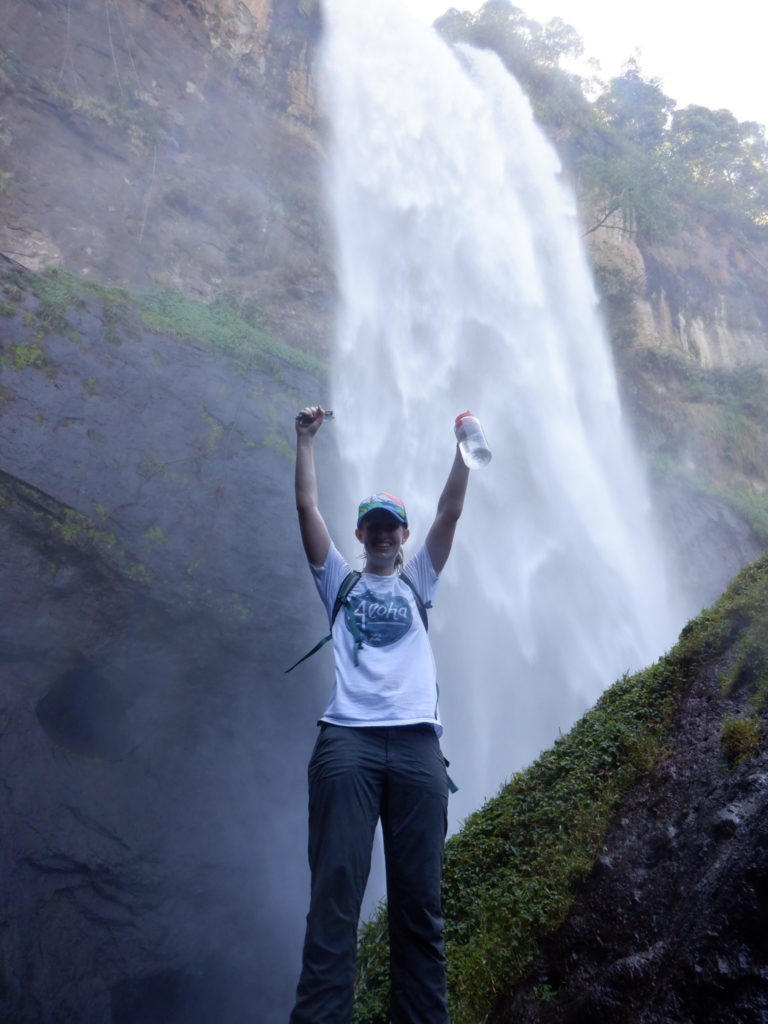 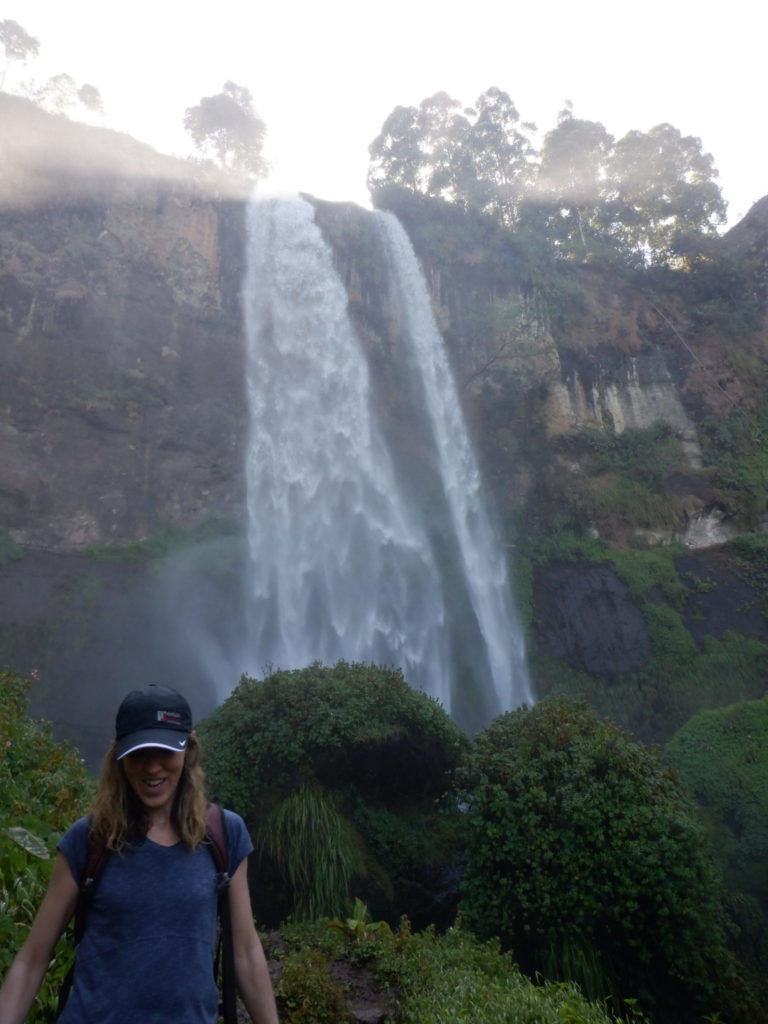 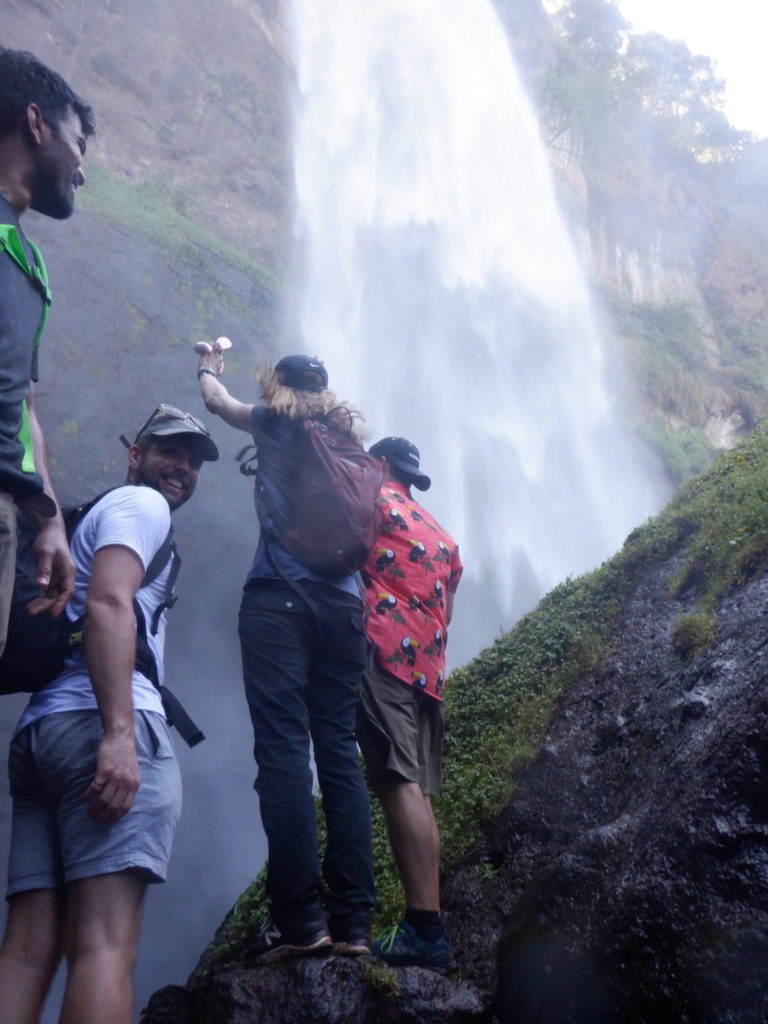 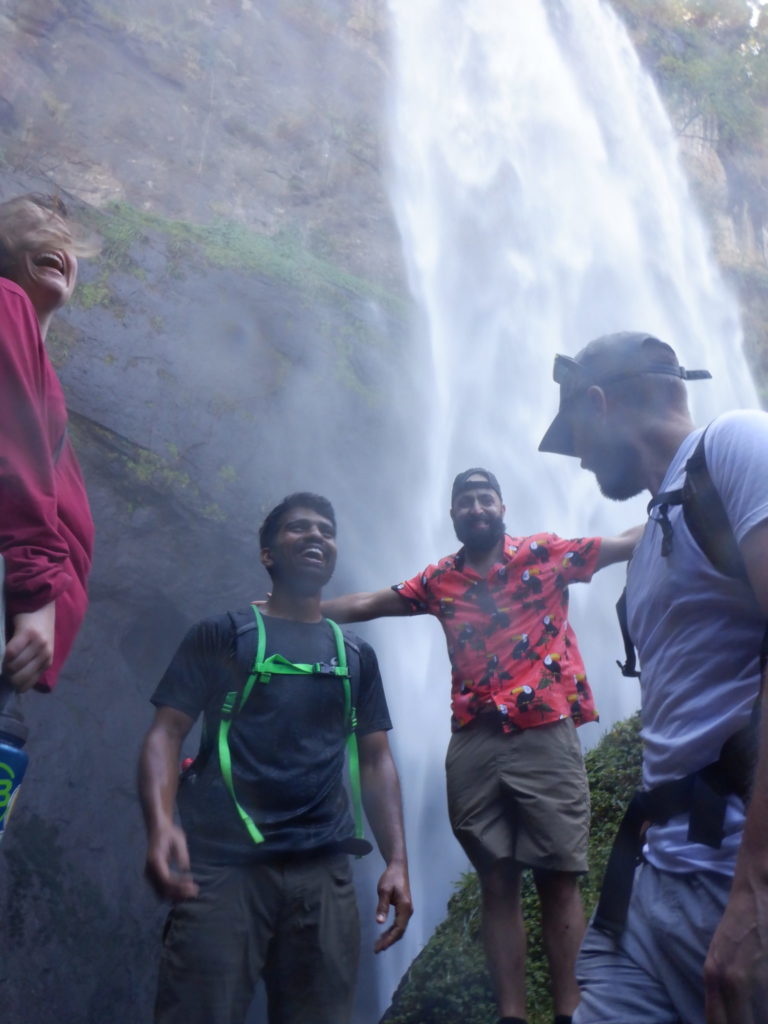 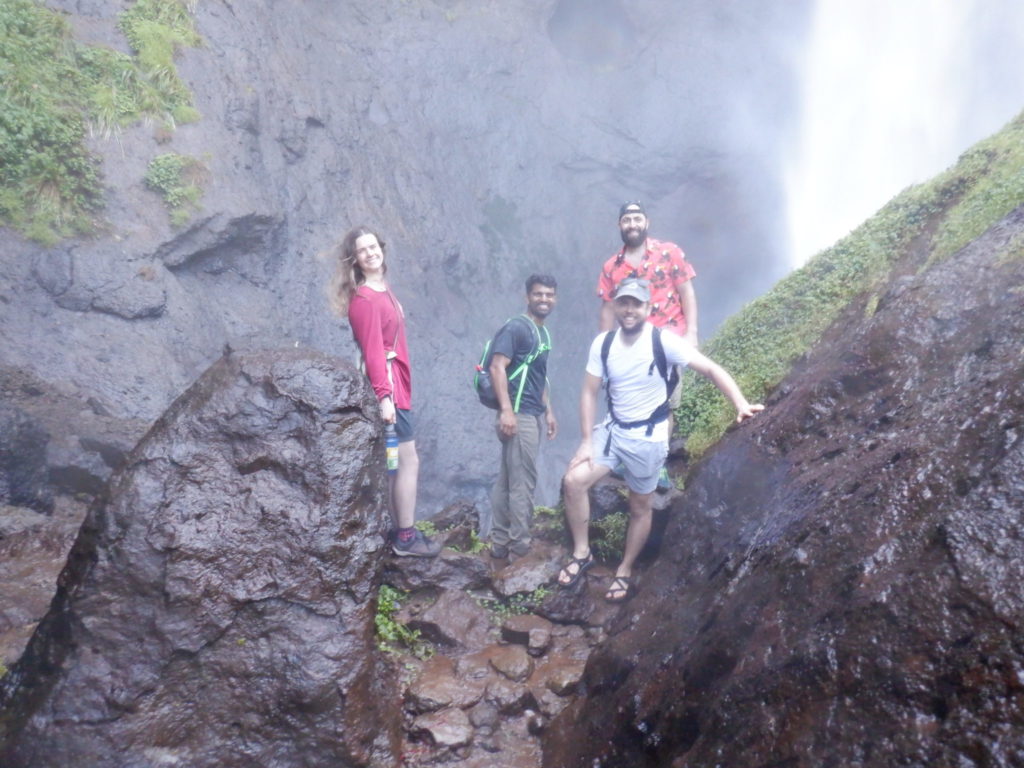 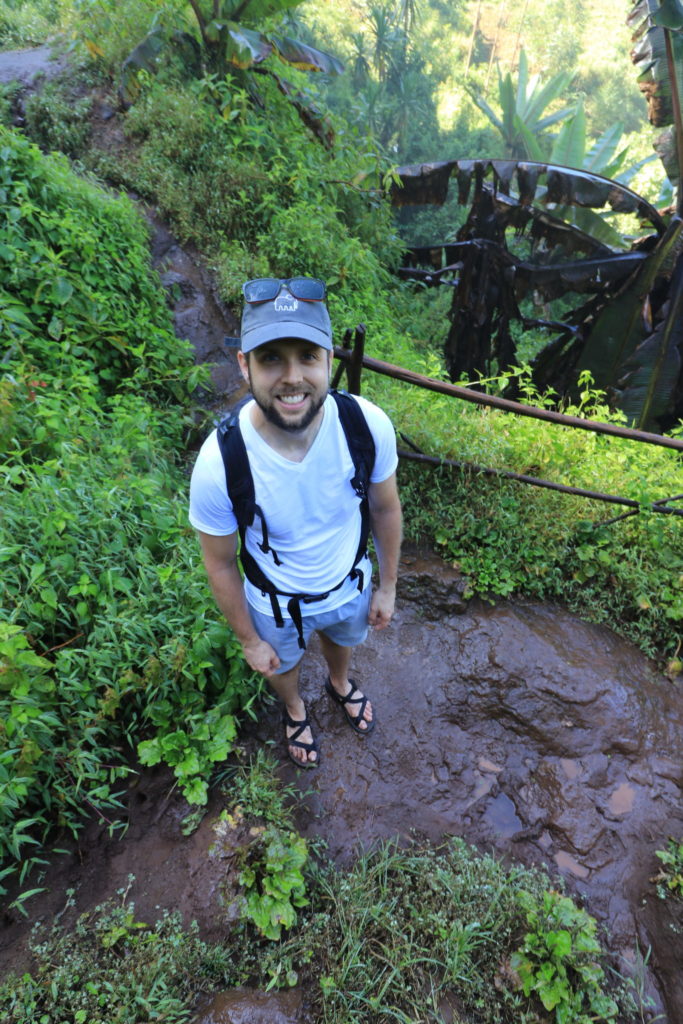 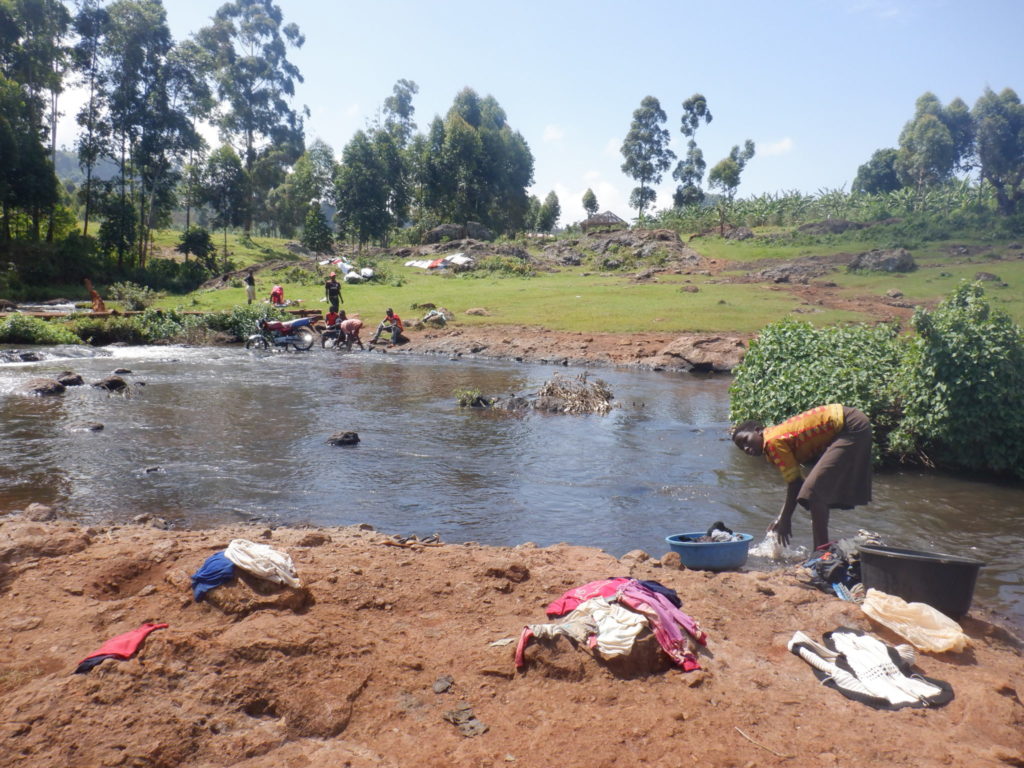 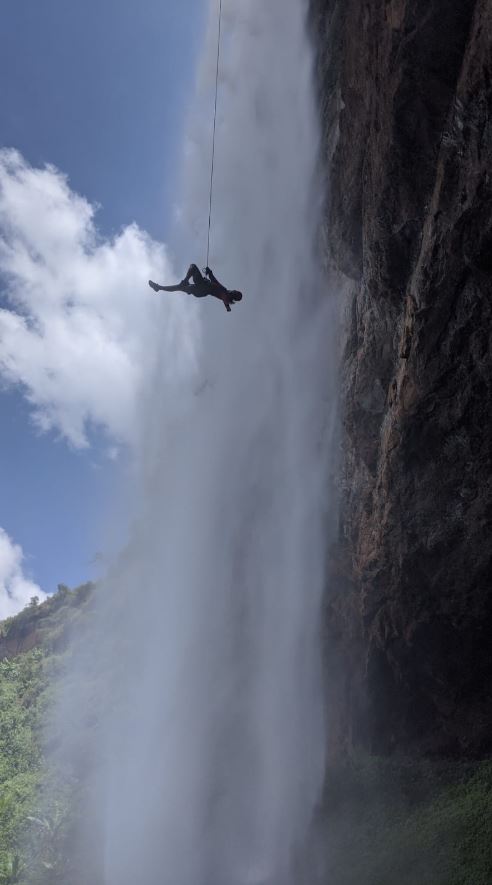