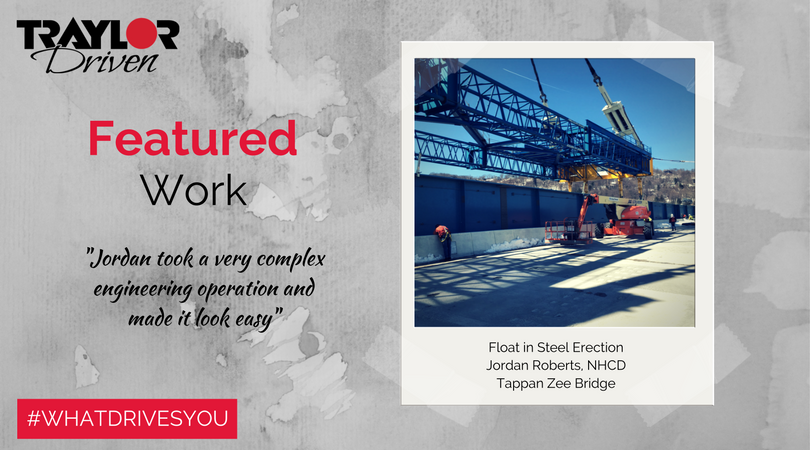 Along a section of the eastbound approach of the Tappan Zee Bridge, the team had to contend with space limitations caused by the proximity of the existing bridge on one side and the new westbound approach on the other—preventing steel girders from being erected using normal methods. Jordan Roberts was tasked with finding a way to work around this issue. After considering several alternatives, Jordan developed, and with his team, executed an innovative method of girder setting to solve the problem.

Two- and three-girder assemblies were pre-assembled at the yard and barged to the site, just as was done for the large pre-assembled girder sections erected along the alignment with the Left Coast Lifter (LCL). This time, though, instead of erecting the girders, the LCL moved them from the delivery barge to a customized sectional barge that fit between the eastbound and westbound bridges. The girders were then floated between the bridges using hydraulic winches, centered over the top, and lowered into place by adjusting the grillage, ballasting the barge, and timing the work to take advantage of the tide. Two of the girder assemblies were even more difficult to place, as they had to be spliced to the previously erected girders prior to lowering.

Jordan and his team overcame many constraints and challenges in performing this complex operation. Due to water depth and existing obstacles, use of the LCL was limited; clearance in every direction—vertical, between the bridges, and between the barge and the footings—was extremely limited; maintaining stability of the wider three-girder assemblies was challenging; the work had to be planned around tide levels and fluctuating water depth; and the barge had to be moved smoothly, precisely, and following the curve of the alignment.

The success of this operation allowed four girder sections to be erected in advance of the existing bridge demolition—putting us in advance of the remaining work and ultimately saving four to six weeks on the schedule.

“Jordan was able to plan the work and then help the field supervision execute the plan flawlessly.” 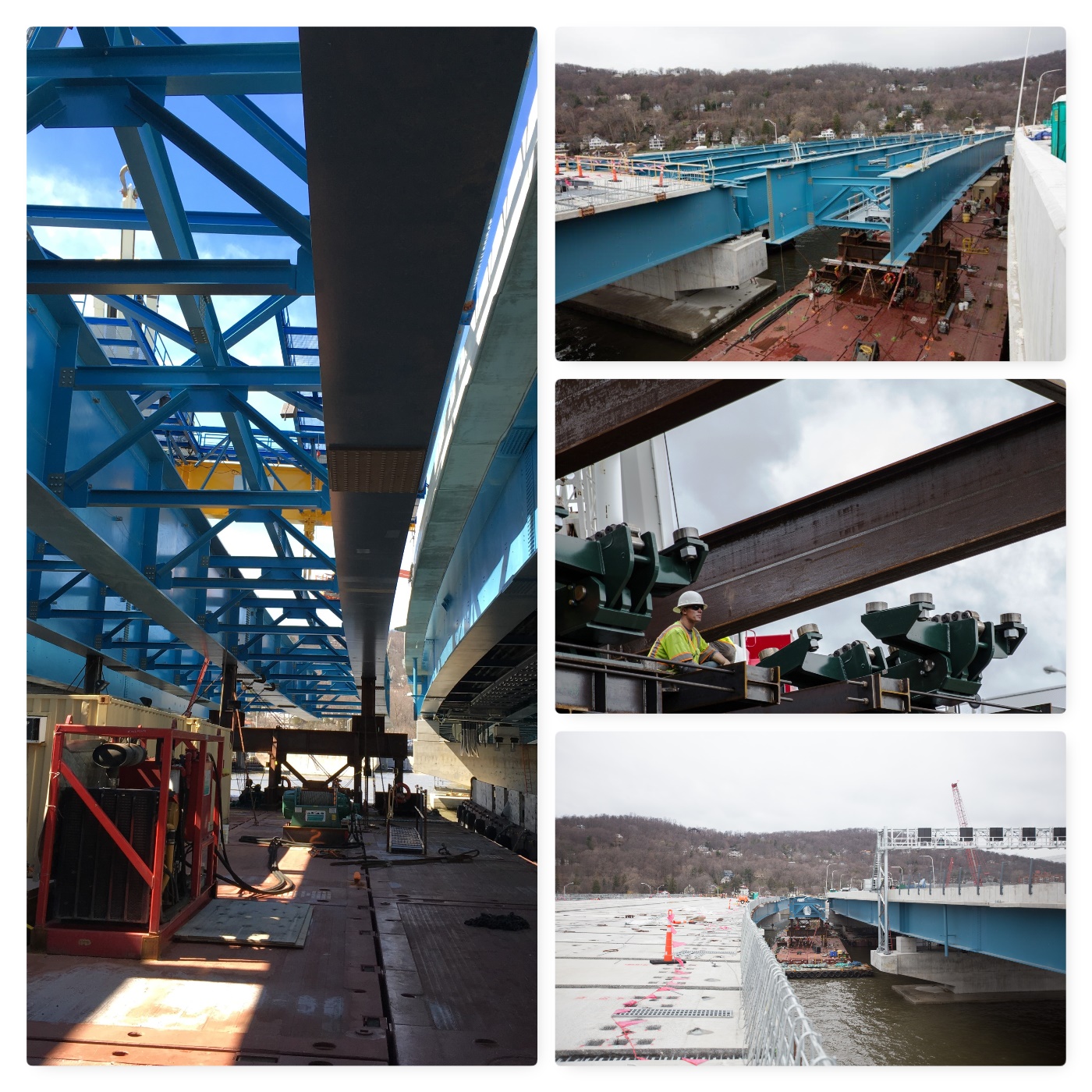 TBI: Tell us about your role on TZB and what specifically you’re enjoying about it.

Jordan Roberts (JR): I’ve been involved primarily with the approach steel work and I now have my hands in some demo work as well. I am very fortunate to work with many of my peers, and I have had some great mentors. I love the opportunity to be able to take complete ownership of my work and dictate the outcome. There is no better feeling than successfully completing an operation after putting in months of planning and hard work.

JR: In the winter, I’ll be skiing wherever I can find a great mountain and some fresh powder. In the summer, I’ll be on a boat or anywhere near water.

JR: One of the things that drives me most is not wanting to let my peers down. The challenges of this job have brought many of us closer and we have developed a strong camaraderie as a team. We rely on each other and feed off of one another’s energy. I’ve worked with some great managers, engineers and superintendents that have all pushed me and allowed me to grow and develop beyond my expectations. I have great respect for these people and I am motivated daily to become better at what I do and provide a greater contribution to the team.